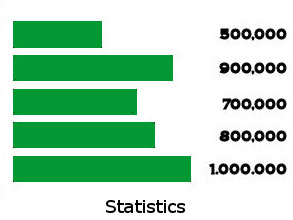 Quote Investigator: The earliest evidence known to QI linking this saying to Joseph Stalin was published in 1947 by the popular syndicated newspaper columnist Leonard Lyons in “The Washington Post”. The ellipsis in the following passage was in the original text. Boldface has been added to excerpts:[1] 1947 January 30, Washington Post, Loose-Leaf Notebook by Leonard Lyons, Quote Page 9, Washington, D.C. (ProQuest)

In 1759 a classics scholar named Beilby Porteus published a prize-winning work titled “Death: A Poetical Essay”. Porteus later became a Bishop in the Church of England. The following excerpt did not contain the word “statistics”, but it did discuss tyranny and provocatively contrasted the ramifications of small and large casualty numbers. Boldface has been added to excerpts:[2]1759, Death: A Poetical Essay by Beilby Porteus (Fellow of Christ’s College, Cambridge), Start Page 1, Quote Page 12, Printed by J. Bentham Printer to the University, for T & J. Merrill, … Continue reading

To sate the lust of power; more horrid still,
The foulest stain and scandal of our nature
Became its boast — One Murder made a Villain,
Millions a Hero. — Princes were privileg’d
To kill, and numbers sanctified the crime.
Ah! why will Kings forget that they are Men?

In the text above the large number of deaths was not simply dismissed as a “statistic”. Instead, a more complex cultural process of reinterpretation depicted the deaths as a manifestation of “heroism”. The verse was implicitly critical of this unjustified societal reframing. Whether the deaths were viewed as statistical or heroic, the shock of mass mortality was downplayed.

In 1916 an anarchist publication based in California called “The Blast” printed a story that contrasted the feelings engendered by the personalized death of one individual versus the depersonalized death of many:[3]1916 May 1, The Blast, Volume 1, Number 12, Edited by Alexander Berkman, A Timely Thought, Quote Page 104, Column 2, (Page 6 in original publication), San Francisco, California. Reprinted in 2005 by … Continue reading

There is double the pathos for us in the death of one little New York waif from hunger than there is in a million deaths from famine in China. It is not that distance glosses over the terrible picture of the Chinese horror, or that a feeling of national kinship with the waif impresses us the more sincerely with his plight. It is merely that the mind is unable to grasp a suffering in the gross. Suffering is so intimately personal a thing that it must be explained through the personal equation, if at all.

In 1925 a journalist and satirist named Kurt Tucholsky wrote a piece in a German newspaper that included a statement that was similar to the quotation. Here was the original text together with an English translation:[4]1932, Lerne Lachen Ohne Zu Weinen (Learn To Laugh Without Crying) by Kurt Tucholsky, Section: Französischer Witz (French Wit), Start Page 147, Quote Page 148, Ernst Rowohlt Verlag, Berlin, Germany. … Continue reading

At which a diplomat from French Ministry of Foreign Affairs replies: “The war? I can’t find it too terrible! The death of one man: that is a catastrophe. One hundred thousand deaths: that is a statistic!”

In 1932 “The Christian Science Monitor” printed an article describing a meeting that included George Bernard Shaw, Lady Astor, and Stalin. The article did not contain a statement matching the quotation, but it did contain a thematically related comment attributed to Stalin that portrayed him as a callous autocrat indifferent to death although the reporter expressed uncertainty about the veracity of the tale:[5] 1932 December 29, Christian Science Monitor, Revised Impressions of Russia by J. Roscoe Drummond, Quote Page 12, Boston, Massachusetts. (ProQuest Historical Newspapers)

Although the interview which the Shaw-Astor party had with Stalin was theoretically secret, the story is told in Moscow that hardly had his guests been shown into the room when Lady Astor exuberantly opened the conversation with this remark: “Mr. Stalin, how long are you going to continue killing people?”

The Soviet Dictator quietly answered: “As long as it is necessary.”

Whether or not this story is true, it is illustrative of the Communist conception of government.

In 1939 a newspaper in Wisconsin reprinted a short item that contrasted the divergent responses evoked by the varying number of causalities caused by an individual:[6] 1939 September 9, Sheboygan Press, With the State Press, Quote Page 20, Sheboygan, Wisconsin. (NewspaperArchive)

If you shoot one person you are a murderer. If you kill a couple persons you are a gangster. If you are a crazy statesman and send millions to their deaths you are a hero. — Watertown Daily Times.

As noted previously in this article, in January 1947 the saying was attributed to Stalin in a syndicated column by Leonard Lyons:

Stalin interrupted him to say: “If only one man dies of hunger, that is a tragedy. If millions die, that’s only statistics.”

That’s the history of many a big business. Wars, conflict, it’s all business. One murder makes a villain, millions a hero. Numbers sanctify my good fellow.

In October 1948 “The Atlantic” monthly magazine published an instance, but the words were not attributed to Stalin; instead, the speaker was characterized only as a “Frenchman”. The quotation appeared in a book review column called “The Atlantic Bookshelf” which was written by Charles J. Rolo. This attribution may have been an echo of Tucholsky’s French diplomat:[8] 1948 October, Atlantic, The Atlantic Bookshelf: Reader’s Choice by Charles J. Rolo, Quote Page 106, Atlantic Monthly Co. (Verified on paper)

Scourges as immense as fascism and war present the novelist with a knotty problem of ways and means. A Frenchman has aptly remarked that “a single man killed is a misfortune, a million is a statistic.” How to encompass the emotional reality of that aggregate of horrors which so easily becomes “a statistic” or a remote abstraction — “war dead,” “purge,” “pogrom”?

In 1956 the German novel “Der Schwarze Obelisk” by the prominent author Erich Maria Remarque was released. In 1957 it was translated into English and published as “The Black Obelisk”. Remarque included an instance without attribution:[9] 1957, The Black Obelisk by Erich Maria Remarque, (Translated from German to English by Denver Lindley), Chapter 8, Quote Page 141, Harcourt, Brace & World, New York. (Verified with scans)

It’s strange, I think, all of us have seen so many dead in the war and we know that over two million of us fell uselessly—why, then, are we so excited about a single man, when we have practically forgotten the two million already? But probably the reason is that one dead man is death—and two million are only a statistic.

“A single death is a tragedy, a million deaths is a statistic.” Stalin’s epigram is admirably illustrated by Ernst Schnabel’s pointilliste portrait of Anne Frank during the few months she lived after the last entry in her diary, Aug. 1, 1944.

In conclusion, the saying was attributed to Joseph Stalin by 1947, but the evidentiary support for the linkage was not clear to QI. Columnist Lyons stated that the words were spoken during a meeting “of the highest ranking Commissars”. Perhaps a statement was made by a witness, but QI has not located such a document at this time. The satirist Kurt Tucholsky placed a similar remark into the mouth of a French diplomat in a piece that was available in German by 1925.

Image Notes: Example of a bar graph constructed by QI.

6 thoughts on “A Single Death Is a Tragedy; A Million Deaths Is a Statistic”