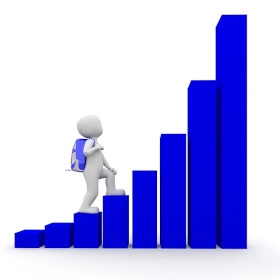 Dear Quote Investigator: What do the following have in common: computing power, internet communication traffic, human population, energy use? Each has experienced exponential growth. The full implications of such rapid changes are difficult to grasp. A scientist has asserted that the incomprehension of exponential growth is humankinds most serious flaw. The consequences of obliviousness could be disastrous. Would you please help me to find a citation?

Quote Investigator: In 1976 physicist Albert A. Bartlett published a piece in “The Physics Teacher”. He was concerned about the environmental costs of unrestrained growth. Boldface added to excerpts by QI:[1]1976 October, The Physics Teacher, Volume 14, Issue 7, The exponential function—Part 1 by Albert A. Bartlett, Start Page 393, Quote Page 394, Column 1, American Institute of Physics (AIP) … Continue reading

Here is the theme of our presentation:

The greatest shortcoming of the human race is man’s inability to understand the exponential function.

Bartlett wanted physicists to use their knowledge to inform fellow citizens and decision makers:

Physics students and teachers have a great responsibility,

The best decisions are those made by an enlightened public. It is our task as students and teachers to help roll away the darkness.

Interestingly, world population is no longer growing at an exponential rate; instead, the trend line has been linear from 1960 to 2018 as explained in a 2018 article from the Union of Concerned Scientists.[2]Website: Union of Concerned Scientists, Date: April 9, 2018, Article: The World’s Population Hasn’t Grown Exponentially for at Least Half a Century, Author: Doug Boucher, Description: … Continue reading

Also, a 2020 article in “Technology Review” stated that the end was now in sight for Moore’s Law, a famous exponential prediction stating that the number of transistors on a chip would double every two years.[3]Website: Technology Review, Article title: We’re not prepared for the end of Moore’s Law, Article author: David Rotman, Date on website: February 24, 2020, Website description: Technology news … Continue reading Thus, the duration of an exponential change may be limited with the trend continuing at a slower rate. Yet, the effects are still enormous.

Stating that the average Americans inability to understand the exponential growth curve concept was the main reason for America’s increasing energy problems was William Dillinger, associate professor of physics at NAU.

The purpose of his talk, Bartlett said, was to “try to prove to you that the greatest shortcoming of the human race is our inability to understand the exponential function” — the rate at which things grow.

Growth rates that sound innocent enough actually lead to rapid doublings — in population, energy consumption or food demand. “If you take something and double it a few times, be prepared for astronomical numbers,” Bartlett said.

In 1982 the textbook “Physics” by Paul A. Tipler included a section about “Exponential Growth” written by Bartlett who included the quotation. Oddly, he disclaimed credit:[6]1982, Physics by Paul A. Tipler (Paul Allen Tipler), Second Edition, Section: Exponential Growth by Albert A. Bartlett (University of Colorado at Boulder), Start Page 710, Quote Page 713, Worth … Continue reading

It has been said that the greatest shortcoming of the human race is our inability to understand the exponential function.

In 1991 Canadian broadcaster and environmental activist David Suzuki mentioned the saying in his newspaper column:[7] 1991 July 20, The Gazette, Down To Earth: Only in this century has growth become part of life by David Suzuki, Quote Page J8, Column 2, Montreal, Quebec, Canada. (Newspapers_com)

“The greatest shortcoming of the human race is our inability to understand the exponential function.” That is the melodramatic opener in a lecture by University of Colorado physicist, Albert Bartlett.

You could write him off as a typical dreamy academic who thinks that his esoteric area of expertise is the most critical in the world, but having heard his entire speech, I’m inclined to agree with him.

In 1998 the saying appeared in “Mathematically Speaking: A Dictionary of Quotations”. Credit was given to Bartlett, and the 1976 article in “The Physics Teacher” was cited.[8]1998, Mathematically Speaking: A Dictionary of Quotations, Selected by Carl C. Gaither and Alma E. Cavazos-Gaither, Topic: Mathematics, Quote Page 181, IOP: Institute of Physics Publishing, Bristol, … Continue reading

The remark continues to circulate. For example, in 2020 “The Vancouver Sun” printed the following:[9]2020 March 17, The Vancouver Sun, Section: Letters To the Editor: Letter title: A little coronavirus math, Letter from: John Shepherd of Richmond, Quote Page A9, Column 5, Vancouver, British … Continue reading

There is a really good YouTube video titled, “The most important lecture,” by Albert Bartlett. At the start of the video, he says that “the greatest shortcoming of the human race is our inability to understand the exponential function.”

In conclusion, based on the 1976 citation QI believes that Albert A. Bartlett deserves credit for this quotation. The 1982 citation suggested that Bartlett did not wish to take credit. Perhaps he was being overly modest. Certainly, he was responsible for popularizing the statement.