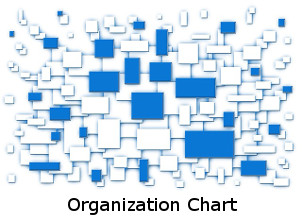 Dear Quote Investigator: A famous book about management titled “Up the Organization: How to Stop the Corporation from Stifling People and Strangling Profits” contains a very funny and insightful quotation about reorganization: 1

I was to learn later in life that we tend to meet any new situation by reorganizing; and what a wonderful method it can be for creating the illusion of progress while producing confusion, inefficiency, and demoralization.

I was surprised to find that a footnote attributed these words to Gaius Petronius Arbiter who was the ancient Roman author of the “Satyricon”. The footnote gave an approximate date of “circa A.D. 60”, but the statement sounds modern to me, and I have been unable to find any citations to ancient works. Would you examine this expression?

Quote Investigator: There is no substantive evidence that Gaius Petronius Arbiter employed this quotation. Instead, QI believes the passage above was derived from words written by Charlton Ogburn Jr. in 1957.

Ogburn participated in the Burma Campaign in World War II, and wrote a piece about his experiences titled “Merrill’s Marauders: The Truth about an Incredible Adventure” that was published in the January 1957 issue of “Harper’s Magazine”. The article included a section that has been simplified and streamlined to yield the popular modern statement: 2

We trained hard, but it seemed that every time we were beginning to form up into teams we would be reorganized. Presumably the plans for our employment were being changed. I was to learn later in life that, perhaps because we are so good at organizing, we tend as a nation to meet any new situation by reorganizing; and a wonderful method it can be for creating the illusion of progress while producing confusion, inefficiency, and demoralization. During our reorganizations, several commanding officers were tried out on us, which added to the discontinuity.

In 1959 Charlton Ogburn Jr. published a book titled “The Marauders” that included a rewritten version of the passage that appeared first in his magazine article. 3

As a result, I suppose, of high-level changes of mind about how we were to be used, we went through several reorganizations. Perhaps because Americans as a nation have a gift for organizing, we tend to meet any new situation by reorganization, and a wonderful method it is for creating the illusion of progress at a mere cost of confusion, inefficiency and demoralization.

In 1963 an instance of the quotation was published in “Air University Review”, a periodical of the U.S. Air Force. The statement was a slightly modified version of the text printed in Harper’s magazine, and the words were credited to an officer in Merrill’s Marauders. Ogburn did serve as a communications platoon leader: 4

One of the officers of Merrill’s Marauders of World War II fame in Burma, after experiencing the chaotic organizational tangle of the China-Burma-India Theater, was reported to have summed it up this way: “Perhaps because we are so good at organizing, we tend as a nation to meet any new situation by reorganizing; and what a wonderful method it can be for creating the illusion of progress while producing confusion, inefficiency and demoralization.”

By 1966 the statement had been reassigned to Gaius Petronius Arbiter. The Chicago Tribune printed an article about the growth of government bureaucracies in September 1966 that included quotations from John P. Saylor who was a member of the U.S. House of Representatives. Saylor presented an instance of the expression and credited Petronius: 5

“There’s nothing new about such a muddle. Petronius Arbiter, a Roman official at the time of Nero, wrote, ‘We tend to meet any new situation by reorganizing, and a wonderful method it can be for creating the illusion of progress while producing confusion inefficiency, and demoralization.’

“Nero finally forced Petronius to commit suicide and the great Roman empire went into its decline and fall. We could be on the same path.”

In 1970 Robert Townsend who had successfully led the Avis rental car company published the business management book “Up the Organization”. The section about reorganizing included the quotation presented by the questioner with an ascription to Petronius as noted previously. Townsend’s introductory remark stated the following: 6

REORGANIZING
Should be undergone about as often as major surgery. And should be as well planned and as swiftly executed.

In conclusion, this quotation should be credited to Charlton Ogburn Jr. and not to Petronius. Ogburn wrote two distinct but similar versions. One was printed in Harper’s Magazine in January 1957 and the other appeared in his memoir “The Marauders” in 1959.

(Great thanks to J. Muzzatti whose inquiry gave impetus to QI to formulate this question and perform this exploration. Thanks also to the blog “Millard Fillmore’s Bathtub” by Ed Darrell which reported on the key citations.)

Update History: On October 8, 2014 the “Organization Chart” image was added.