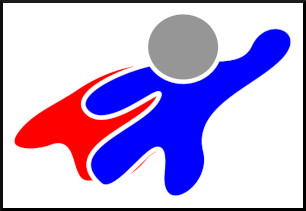 “In life,” he said, “there are no essentially major or minor characters. To that extent, all fiction and biography, and most historiography, is a lie. Everyone is necessarily the hero of his own life story.”

Every traveller is necessarily the hero of his own story, especially if he happens to travel alone. When he has the felicity of a companion the unavoidable egotism is obscured by the use of the social pronoun.

In 1832 a reviewer commenting on a magazine about natural history stated the following:[3]1832 January, The New-England Magazine, Section: Monthly Record: Literary Notices, (Review of the monthly periodical “The Cabinet of Natural History and American Rural Sports” published … Continue reading

It should be recollected, also, that the author is necessarily the hero of his own tale, which is a disadvantage to some men when writing for the public, although it may add to the charm of the narrative, in the social circle.

In 1850 the popular author Charles Dickens released the now classic novel “David Copperfield”, and the initial sentences of the bildungsroman announced its central topic interrogatively. John Barth was well-read, and he was probably familiar with the following excerpt. Perhaps Barth constructed his adage, in part, to echo and respond to the narrative-conscious reflexive question posed by Dickens:[4]1850, The Personal History of David Copperfield by Charles Dickens, Quote Page 1, Published by Bradbury & Evans, London. (Google Books Full View) link

Whether I shall turn out to be the hero of my own life, or whether that station will be held by anybody else, these pages must show.

In 1920 an editorial discussed a recent criminal investigation in which a man accused of one murder confessed to seven murders. The piece speculated on the motives of the confessor, and suggested that he viewed himself as an aberrant form of hero:[5] 1920 July 26, Evening News, Mose Gibson, Human, Quote Page 6, Column 1, San Jose, California. (GenealogyBank)

Whatever we may say, whatever we may think we think, down at the bottom is the fundamental craving that each man must in some way satisfy—the craving to be the hero of his own story. And so, some of us die at the stake for a holy principle and others of us confess to seven murders and 1000 burglaries, and the rest of us find ways equally satisfactory, if less sensational, of making ourselves heroes in our own eyes.

Individualization is treating each pupil as the hero of his own life’s story. It means studying his environment as the setting which must have a bearing upon the development of the plot. His deficiencies appear as complicating forces to be overcome.

In 1958 John Barth’s short story “The Remobilization of Jacob Horner” was published as noted previously. That same year a novel by Barth titled “End of the Road” was released which included the tale as an episode within a larger narrative. The passage adjacent to the quotation was expanded to include a remark about the ill-fated character Polonius from William Shakespeare’s Hamlet:[7] 1958 Copyright, End of the Road by John Barth, Quote Page 71, Avon Books, New York. (Verified with scans of Second Avon Library Edition, Third Printing, August 1966)

He went on to explain Mythotherapy.

“In life,” he said, “there are no essentially major or minor characters. To that extent, all fiction and biography, and most historiography, are a lie. Everyone is necessarily the hero of his own life story. Hamlet could be told from Polonius’s point of view and called The Tragedy of Polonius, Lord Chamberlain of Denmark. He didn’t think he was a minor character in anything, I daresay.

Or suppose you’re an usher in a wedding. From the groom’s viewpoint he’s the major character; the others play supporting parts, even the bride. From your viewpoint, though, the wedding is a minor episode in the very interesting history of your life, and the bride and groom both are minor figures.

In 1961 the prominent novelist and critic Mary McCarthy published a collection containing an essay titled “Characters in Fiction” with the following pertinent passage:[8]1961, On the Contrary: Articles of Belief 1946-1961, by Mary McCarthy, Essay: Characters in Fiction, Date: March 1961, Description: “This is the substance of a talk or talks given in Yugoslavia … Continue reading

In the old novels, there was a continual fluctuating play between the hero and the “characters,” that is, between the world as we feel it to be subjectively and the world as we know it as observers. As subjects, we all live in suspense, from day to day, from hour to hour; in other words, we are the hero of our own story.

In 1983 an educator wrote an opinion piece in the “Cleveland Plain Dealer” of Ohio about his experiences working as a retail clerk in a bookstore. He felt invisible because sometimes acquaintances did not acknowledge him. To explain this behavior he invoked the words of Barth:[9] 1983 November 8, Plain Dealer, Now you see him, now you don’t by Daniel Dyer, Quote Page 13-A, Column 3, Cleveland, Ohio. (GenealogyBank)

And then there’s what novelist John Barth explained with his term “mythotherapy.” “Everyone,” he said, “is necessarily the hero of his own life story.” To maintain our view of ourselves as heroes, as stars of our own movies, we must assign everyone else minor roles, especially those whose only perceivable function is to wait on us.

In conclusion, John Barth did compose a quotation about the centripetal narrative focus of life in 1958. Thematically similar quotations were in print by the 1800s.

(Many thanks to Professor Steve Newman of Temple University who pointed to the valuable “David Copperfield” citation and noted that Barth was almost certainly familiar with the lines of the excerpt. Newman suggested that Barth’s adage may have been influenced by these initial words from “David Copperfield”. Any errors are the responsibility of QI. Great thanks to Nathaniel Tan whose query caused QI to formulate this question and initiate this exploration.)