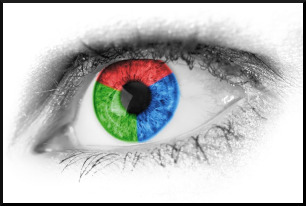 Quote Investigator: Anaïs Nin did employ this statement in her 1961 work “Seduction of the Minotaur”. She also presented two illustrations of distinctive perceptions in passages that occurred shortly before she wrote the adage. In the first example, two characters named Lillian and Jay reacted very differently to the Seine River in France:[1]1961 copyright, Seduction of the Minotaur by Anaïs Nin, Quote Page 124, The Swallow Press, Chicago, Illinois. (Afterword added in 1969; sixth printing in 1972) (Verified on paper in sixth printing … Continue reading

When Nin wrote the adage she did not take credit for the notion. Instead, she pointed to a major religious text:[2]1961 copyright, Seduction of the Minotaur by Anaïs Nin, Quote Page 124, The Swallow Press, Chicago, Illinois. (Afterword added in 1969; sixth printing in 1972) (Verified on paper in sixth printing … Continue reading

In 2005 an article in Newsweek magazine contained an epigraph that matched the adage under investigation. The statement was identified as an English translation of a comment from a section within the Talmud:[3] 2005 January 9, Newsweek, How We See Sharon—and Israel by Marc Gellman (Newsweek Web Exclusive) (Online Newsweek archive at newsweek.com; accessed January 14, 2014) link

This modern citation may help to give insight into the recurrent ascriptions to the Talmud in previous decades. However, the referenced part of the Talmud was concerned with the interpretation of dreams. Another translation indicated that the original statement was within this domain of dream analysis. Thus, the Newsweek translation may be somewhat loose:[4]Babylonian Talmud: Tractate Berakoth, Folio 55b, Translated into English by Maurice Simon, Under the editorship of Rabbi Dr. Isidore Epstein. (Online at halakhah.com – accessed March 8, 2014) … Continue reading

In 1801 a sermon by the cleric Sydney Smith of the University of Oxford was published. It included a thematic precursor to the adage which warned about bias in decision making. Boldface has been added to excerpts:[5]1801, Sermons by the Reverend Sydney Smith (Late Fellow of New College, Oxford), Second Edition, Volume 1 of 2, On the Predisposing Causes to the Reception of Republican Opinions, Start Page 102, … Continue reading

It is, then, a matter of sovereign necessity, before we decide on great, and momentous questions, which affect our own happiness, and the peace of the world, to make a wise, and virtuous pause, and review, with an honest severity, those peculiarities of disposition, situation, and education, which may communicate an unfair bias to the mind, and induce us to decide, not as the truth of things is, but as we are ourselves.

In 1831 a match appeared in “The Atlas” newspaper of London within an article titled “Things As They Are”. The author of the piece was not specified:[6] 1831 May 1, The Atlas, Things As They Are, Quote Page 8, Column 3, London, England. (British Newspaper Archive)

To which I responded that it was necessary, in order to understand the great and noble, to have some of those qualities one’s self; but to a Philistine, the most brilliant achievement in history would appear only a paltry, commonplace event, for, I exclaimed, concluding my attack by a quotation which no antagonist could gainsay, “It is well known, as the great thinker Kant has it: we see things not as they are, but as we are.”

QI has not yet located a version of this maxim in the writings of Kant.

The results may be summed up in the form of two laws:

1. We see only so much of the world as we have apperceptive organs for seeing.

2. We see things not as they are but as we are–that is, we see the world not as it is, but as molded by the individual peculiarities of our minds.

In 1891 an instructor of elocution at Harvard College published a textbook about oratory which included the following:[10]1891, The Province of Expression: A Search for Principles Underlying Adequate Methods of Developing Dramatic and Oratoric Delivery by S. S. Curry (Samuel Silas Curry) (Dean, School of Expression: … Continue reading

It has been well said that we do not see things as they are, but as we are ourselves. Every man looks through the eyes of his prejudices, of his preconceived notions. Hence, it is the most difficult thing in the world to broaden a man so that he will realize truth as other men see it.

Last week even the sky had a darkened light, the town was grey, and I will not say my own mood was much less critical than old Gollop’s. This was a winter visit, with the wind north-west. We see things not as they are, but as we are ourselves.

In 1961 the volume “Seduction of the Minotaur by Anaïs Nin was released, and it included an instance of the saying as noted previously.

Recently a friend handed me one of his books to look through. Turning to a place where there was an obvious bookmark, I found these words penciled in, “We never see anything as it is, but as we are.” Whether this was original or a quotation I don’t know.

In 1991 an edition of the famous self-help book “Think and Grow Rich” written for black Americans included an instance of the maxim:[15] 1991, Think and Grow Rich: A Black Choice by Dennis Kimbro and Napoleon Hill, Quote Page 245, Published by Fawcett Columbine, New York. (Verified with scans)

To put it plainly, seeing is not believing—believing is seeing. We see things not as they are, but as we are. Our perception is shaped by our previous experiences.

Each of us tends to think we see things as they are, that we are objective. But this is not the case. We see the world, not as it is, but as we are—or, as we are conditioned to see it. When we open our mouths to describe what we see, we in effect describe ourselves, our perceptions, our paradigms.

In conclusion, this saying has been used by Anaïs Nin, H. M. Tomlinson, Steven Covey, and others. However, its origin is not known, and it is not possible to provide a precise ascription. Hence, the expression should be labeled anonymous. The assignment to the Talmud does not have strong support. Perhaps future discoveries will help clarify matters.

(Thanks to Bob Page, Mark Hanen, Wikicitas, and Linda Leinen whose inquiries gave impetus to QI to formulate this question and perform this exploration. Special thanks to Daniel H. Weiss of Cambridge University for his analysis of this saying on the H-Judaic mailing list. Some citations above were located by Weiss. Many thanks to Steven McCown who located the valuable citation dated May 1, 1831.)