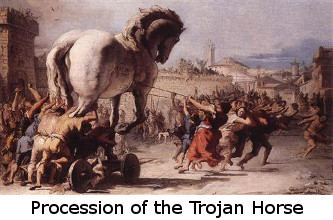 Similar thoughts have been expressed on multiple occasions in the past. For example, in 1821 a literary journal printed an article titled “On the Character of Socrates” which included the following passage:[1] 1821, The New Monthly Magazine and Literary Journal, Volume 1, On the Character of Socrates, Start Page 555, Quote Page 566, Henry Colburn and Co., London. (Google Books Full View) link

In 1859 “Titan: A Monthly Magazine” published an article that analyzed contemporary plays in France. The essay included this remark:[2]1859 January, Titan: A Monthly Magazine, What Helps to Cause the Degeneracy of the Youth of France, (Review: La Jeunesse by M. Emile Augier and Le Fils Naturel by M. A. Dumas (Fils)) Start Page 1, … Continue reading

Nothing is more unfair than to judge individuals or nations from our, and not their own point of view. They have a right to protest whenever this is done…

Nothing is more unfair than to judge of a statesman of a past day by the light of the present.

…nothing is more unfair than to judge the men of the past by the ideas of the present. Whatever may be said of morality, political wisdom is certainly ambulatory.

To qualify as folly for this inquiry, the policy adopted must meet three criteria: it must have been perceived as counter-productive in its own time, not merely by hindsight. This is important, because all policy is determined by the mores of its age. “Nothing is more unfair,” as an English historian has well said, “than to judge men of the past by the ideas of the present. Whatever may be said of morality, political wisdom is certainly ambulatory.”

To avoid judging by present-day values, we must take the opinion of the time and investigate only those episodes whose injury to self-interest was recognized by contemporaries.

In conclusion, Barbara Tuchman was referring D.A. Winstanley who believed that it was unfair to judge historical figures by future standards of behavior and value.

Image Notes: Image of painting “The Procession of the Trojan Horse in Troy”. Artist: Giovanni Domenico Tiepolo. Completion Date: 1773. Source: WikiArt.org. The book “The March of Folly” by Tuchman discussed the legendary Trojan horse tale as an archetypal example of folly on the part of King Priam.

(Great thanks to John Maher whose query led QI to formulate this question and perform this exploration.)