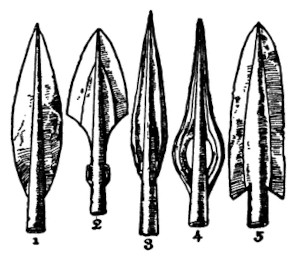 A footnote to the text above pointed to another volume of the “Standard Edition” which included a translation of the 1905 work by Sigmund Freud titled “Der Witz und seine Beziehung zum Unbewussten” which can be rendered as “Jokes and Their Relation to the Unconscious” or “Wit and Its Relation to the Unconscious”. This volume did contain a thematically related remark, but it did not strongly match the target quotation:[3]1960, The Standard Edition of the Complete Psychological Works of Sigmund Freud, Translated from German under the General Editorship of James Strachey, In Collaboration with Anna Freud, Assisted by … Continue reading

As Lichtenberg puts it in drastic terms: ‘Where we now say “Excuse me!” we used to give a box on the ears.’ Brutal hostility, forbidden by law, has been replaced by verbal invective; and a better knowledge of the interlinking of human impulses is more and more robbing us—by its consistent ‘tout comprendre c’est tout pardonner’—of the capacity for feeling angry with a fellow man who gets in our way.

Because it expresses intense feelings in words rather than actions, Freud commented that the first man to hurl an insult rather than a spear was the founder of civilization.

In 1978 the popular syndicated psychologist Dr. Joyce Brothers discussed profanity in a column. She mentioned the viewpoint of Dr. Walt Menninger and then she printed a version of the saying ascribed to Freud that matched the one given by Menninger:[5] 1978 August 07, Marietta Journal Article, Ask Dr. Brothers: Why Profanity In Children? by Dr. Joyce Brothers, Quote Page 9B, Column 1, Marietta, Georgia. (GenealogyBank)

Freud reminded us that the first man to hurl an insult rather than a spear was the founder of civilization.

In 1979 the “Sunday World-Herald” of Omaha, Nebraska printed a profile of Reinhold Aman who was described as the editor of a journal called “Maledicta” and a leading authority on abusive language. Aman attributed the saying to Freud:[6]1979 December 9, Sunday World-Herald (Omaha World-Herald), If You Don’t Read This: May Your Tongue Grow Dull and Give You the Hives by Jules Loh, Quote Page 1, Column 5, Omaha, Nebraska. … Continue reading

He quotes Sigmund Freud: “The first human who hurled a curse instead of a weapon against his adversary was the founder of civilization.”

In 1980 “The Times-Picayune” of New Orleans, Louisiana also published a profile of Reinhold Aman and included an instance of the remark ascribed to Freud. This version was slightly different and used the word “rock” instead of “spear” or “weapon”:[7]1980 September 21, Times-Picayune, Well Cursed With Today’s ‘Give-‘Em-Hell’ Language by Jeanie Blake, Section 3, Quote Page 10, Column 4 and 5, New Orleans, Louisiana. … Continue reading

Freud said, “The first human being who hurled a curse against his adversary instead of a rock was the founder of civilization.” Aman concurs and says that without powerful curse words, human beings will again be throwing sticks and stones and trying to break each other’s bones.

The 1988 collection “1,911 Best Things Anybody Ever Said” compiled by Robert Byrne included a version of the saying using “stone” which was uncertainly linked to Freud:[8]1988, 1,911 Best Things Anybody Ever Said Selected and Compiled by Robert Byrne, Unnumbered Page, Quotation Number 633, A Fawcett Book, Published by Random House Publishing Group. (Quotation was … Continue reading

The first human being who hurled an insult instead of a stone was the founder of civilization.
Attributed to Sigmund Freud (1856-1939)

(Great thanks to Dr. Mardy Grothe whose inquiry led QI to formulate this question and perform this exploration. Grothe has published a series of books filled with sayings and quotations that have been beautifully curated and cleverly categorized. Special thanks to Amy West for her translation expertise. Any errors are the responsibility of QI.)