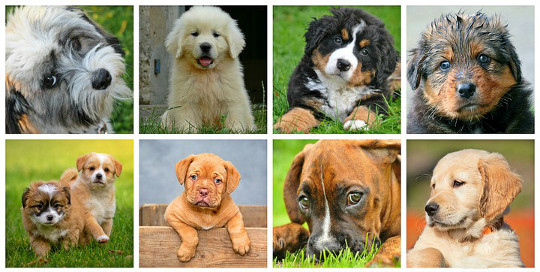 Dear Quote Investigator: A popular expression combines disappointment with humanity together with praise for canines. Here are four versions:

These words have been attributed to Mark Twain and Alphonse Toussenel. Would you please explore the statement’s provenance?

Yet, QI and other researchers have not yet found any published evidence in the 1600s or 1700s; hence, the linkage to Madame de Sévigné and Madame Roland is currently unsupported.

The earliest strong match located by QI appeared in “Tablettes Historiques et Littéraires” in 1822, and the attribution was anonymous. Passages in French are followed by English translations. Emphasis added to excerpts by QI: 2

We just received the Mirror of the Somme, it contains the following nonsense: A lady said the other day: the more I know men, the better I like dogs.

In 1847 Alphonse Toussenel published “L’Esprit des Bêtes” (“Spirit of the Beasts”) which included the following: 3

Let’s summarize by a line our opinion on the Dog: The more one gets to know of men, the more one values dogs.

In December 1847 the periodical “L’Illustration: Journal Universel” printed an article crediting an unnamed philosopher with the saying: 4

I walked away, sad, and murmuring this thought of a modern philosopher:
“The more I know men, the more I value dogs.”

In 1852 the journals “Revue Britannique” of Paris 5 and “The New Monthly Magazine” of London published articles about Count Alfred D’Orsay who had died in that year. The journals reprinted letters written by D’Orsay including an 1850 missive that mentioned dining with the authors Alphonse de Lamartine and Victor Hugo. D’Orsay credited Lamartine with a version of the remark aimed at politicians: 6

Another time I’ll talk politics, it’s too disgusting for the moment.
Lamartine told me yesterday: ‘The more I see representatives of the people, the more I love my dogs.’

“The New Monthly Magazine” mentioned above was an English language journal; however, the letters of Count D’Orsay (and the saying under analysis) were presented in French.

In 1855 a book about “The Literary Life and Correspondence of the Countess of Blessington” included an appendix containing letters written by Count D’Orsay in French. The book indicated that the statement about dogs was sent from D’Orsay to his friend John Foster. 7

In 1869 a periodical titled “Le Lorgnon” by Aurélien Scholl ascribed to Lamartine a modified statement without “représentants du people”: 8

Ah! That I understand Lamartine exclaiming the other night at his home: “The more I see men, the more I love dogs!”

In 1872 the periodical “Les Modes Parisiennes” of Paris also credited Lamartine with an altered expression: 9

“The more I see men, the more I love dogs,” said Lamartine to Count D’Orsay, a little after 1848.

In 1873 a newspaper in St. Louis, Missouri reprinted an item that included a statement attributed to a fox-hunting farmer in Virginia. The word “damn” was censored. Thus, the expression had spread into English by this date: 10

Well, d–n it, the more I see of men, the better I like dogs.

In 1877 a biographical work “The Life of Napoleon III” included an English language version of the saying ascribed to Lamartine: 11

No wonder that at this time of profound discouragement Lamartine said: ‘The more I see of the representatives of the people, the more I love my dogs.’

In 1881 “London Society: An Illustrated Magazine” published a short story containing an instance in English: 12

Some one once said in reply to a similar charge, “The more I know of men, the more I admire dogs.” Well, that is a little my feeling. Horses and dogs are genuine, they never forget a friend; and if you love them and show it, they will love you back with no reserve, with entire trust, and for yourself alone.

In 1908 an inquiry about the saying appeared in “Notes and Queries”, and the words were attributed to Madame Roland: 13

In 1917 a story titled “The Trail of a Trapper” by Billy Snow described a person who posted the saying on a wall: 14

One time a follow that I’d guided sent me a picture of the homeliest pup you ever saw, and under it was printed:
“The more I see of some folks the more I like my dog.”
I tacked it up on the wall of the cabin and I’ve heard lots of people say:
“That’s mighty true. The fellow who wrote that knew what he was talking about.”

QI has found no substantive evidence that Mark Twain made this remark. No match was found during a search of the important “Twain Quotes” website edited by Barbara Schmidt. 15 Also, no match was found in the large compilation “Mark Twain at Your Fingertips” edited by Caroline Thomas Harnsberger. 16 Twain died in 1910, and the expression was attributed to him by 1918 in a trade journal called “The National Drug Clerk”: 17

It was Carlyle, cynical and desperate in his mad hatred of humanity, who said: ‘The more I see of men, the more I like my dog.’

Image Notes: Collection of dog pictures from cocoparisienne at Pixabay. Image has been cropped and resized.

In conclusion, this article presents a snapshot of current research. The first citation in 1822 provides an anonymous attribution. There is solid evidence that Alphonse Toussenel and Alphonse de Lamartine employed instances of the saying and helped to popularize it, but the expression was already in circulation. The linkage to individuals who lived in the 1600s and 1700s is unsupported.

(Great thanks to Laurence Horn and HoaxEye (Janne Ahlberg) whose inquiries led QI to formulate this question and perform this exploration. Special thanks to previous researchers Ralph Keyes, Fred R. Shapiro, Nigel Rees, and Barry Popik. Also, thanks to discussant Jonathan Lighter. Thanks to Bill Mullins who located the 1873 citation.)