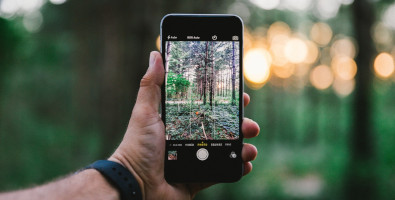 Dear Quote Investigator: The host of a video on YouTube mentioned a remarkably prescient quotation from a New York book dealer in the 1960s who predicted that telephones would have screens, and people would read books on those screens selected from a large electronic library. Would you please explore this topic?

Quote Investigator: In September 1969 “The New York Times” published a piece about a group of bookstores in the Manhattan located south of Union Square. The viability of the businesses was threatened by pending rent increases.

The reporter spoke to Fred Bass who was one of the owners of “The Strand”, a large book emporium which has continued operating successfully to the present day. Bass predicted that ebooks would be available on cellphones although he did not use that terminology. Emphasis added by QI:[1] 1969 September 30, New York Times, Dealers on Book Row Fear Rent Rises Will End an Era by McCandlish Phillips, Start Page 49, Quote Page 72, Column 4, New York. (ProQuest)

Though his own business is booming now, Mr. Bass conceded that “the printed book is becoming obsolete” and noted that antique stores were increasing in the area, while bookstores were decreasing.

“Some day, you’ll have a telephone with a screen, and you’ll be able to dial a book.” he said. “They’ll put you in instant contact with thousands and thousands of books.”

What then? he was asked. “Then I go into the antiques business — books will be antiques,” Mr. Bass said.

In conclusion, Fred Bass should receive credit for the insightful comments he made in 1969.

Image Notes: Picture of cellphone from Free-Photos at Pixabay.