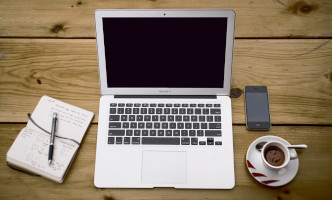 Books aren’t written, they’re rewritten. Including your own.

The whole idea of debugging puts people off, though I don’t know why. Writers often say that books aren’t written, they’re rewritten. And in fact most formal assemblies of information—proposals, applications, speeches, presentations, designs—go through several drafts or revisions.

Crichton disclaimed credit for the remark about rewriting because it was already in circulation. Also note that the text above did not contain an exact match for the target quotation.

We asked some of today’s bestselling authors for such scouting reports: for opinions on the difficult realities writers face, for the most valuable advice they received from mentors and other guides; for the suggestions they wish they’d received at the start of their careers.

Treat it as a job—not a mystical calling. Then you’ll get up every morning and go “to work” instead of waiting for the muse to attend you.
—Jean Brody
A Coven of Women

Books aren’t written, they’re rewritten. Including your own. It is one of the hardest things to accept, especially after the seventh rewrite hasn’t quite done it. . . .
—Michael Crichton

One must develop his or her individual voice—that’s what we call style, the name of the writing game.
—Judith Crist

Similar statements about the importance and ubiquity of rewriting have a long history with applications to many types of art including: plays, operas, and novels. A QI article on the topic is available here under the title “Plays Are Not Written—They Are Rewritten”.

If the craft of writing and making a lot of money from writing were easy, as many believe, then everyone would be a writer, and we’d all be wealthy. But it’s not that easy, primarily because the initial inspiration must be fine-tuned until it’s a work of art.”

Author Michael Crichton has reminded us that “writing is all about rewriting, which can be depressing, especially when after the seventh rewrite you find that’s still not working.”

In conclusion, the 1983 citation revealed that Michael Crichton was familiar with the existing adage about rewriting, and the 1986 “Writer’s Digest” article provided substantive evidence that Crichton deserved credit for the distinctive quotation mentioning a ” seventh rewrite”.

Image Notes: Picture of computer with notepad, coffee, and phone from Free-Photos at Pixabay.

(Great thanks to mcepl whose tweet led QI to formulate this question and perform this exploration.)

Update History: On January 21, 2019 the 1983 citation was added, and the article was partially rewritten.