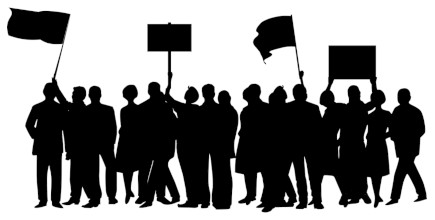 Dear Quote Investigator: A joke which ridicules an oppressive institution can help to undermine it. George Orwell once wrote about the subversive capabilities of humor and stated that a trenchant quip was analogous to a “tiny revolution”. Would you please help me to find a citation?

Quote Investigator: In 1945 George Orwell published an essay titled “Funny, But Not Vulgar” in the “Leader Magazine” of London. He contended that English humorists who were popular at that time were too genteel and kindhearted to create the jokes with a sting that he preferred. Emphasis added to excerpts by QI:[1]2000 (1968 Copyright), George Orwell: The Collected Essays, Journalism and Letters, Volume 3: As I Please 1943-1946, Edited by Sonia Orwell and Ian Angus, Essay: Funny, But Not Vulgar, Citation note … Continue reading

A thing is funny when—in some way that is not actually offensive or frightening—it upsets the established order. Every joke is a tiny revolution. If you had to define humour in a single phrase, you might define it as dignity sitting on a tin-tack. Whatever destroys dignity, and brings down the mighty from their seats, preferably with a bump, is funny. And the bigger the fall, the bigger the joke.

The passage above is from the text reprinted in volume three of “George Orwell: The Collected Essays, Journalism and Letters”.

In 1976 Orwell’s cogent remark was recalled by a columnist in the “Belfast Telegraph” of Northern, Ireland:[2] 1976 July 19, Belfast Telegraph, Is it true the Russians have landed on the moon? by Billy Simson, Quote Page 6, Column 4, County: Antrim, Northern Ireland. (British Newspaper Archive)

According to George Orwell “Every joke is a tiny revolution.”

In the 1960s and 1970s an academic in Czechoslovakia named Jan Kalina collected and shared subversive jokes. He was imprisoned by the government, and later he was exiled to West Berlin. In 1981 the British television network ITV dramatized and broadcast Kalina’s experiences under the title “Tiny Revolutions”. The review by “The Guardian” newspaper attributed the saying under examination to Kalina:[3] 1981 September 19, The Guardian, Television: Tiny Revolutions (ITV), Quote Page 13, Column 2 and 3, London, England. (Newspapers_com)

A professor at the Czech Film and Theatre School, Kalina collected jokes, made them into books and cabaret scripts, and finally proved more than the authorities could stand – as he said, every joke is a tiny revolution.

In 1982 the program about Kalina was broadcast on a cable channel in the U.S. and the television critic of “The Hartford Courant” in Connecticut mentioned the saying:[4] 1982 July 27, The Hartford Courant, Cable Drama Depicts Life of Czech Satirist by Owen McNally (Courant Television Critic), Quote Page A8, Column 8, Hartford, Connecticut. (Newspapers_com)

Jan Kalina – once the Mort Sahl of Czechoslovakia – called each of his jokes “a tiny revolution.” Czech authorities – most particularly the secret police – were not amused by the gags and satirical pieces he wrote for political cabaret.

George Orwell once called the joke “a tiny revolution.” Nowhere was that taken more literally than in the Soviet Union, where people circulated jokes at their peril about the nation’s communist leaders.

In conclusion, George Orwell should receive credit for the statement he wrote in 1945. Apparently, Jan Kalina employed a similar expression at a later time, and QI does not know whether the coinage was independent.

Image Notes: Illustration of a crowd of demonstrators from OpenClipart-Vectors at Pixabay.