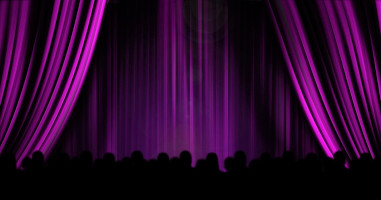 In 1895 the popular English actor and comedian Albert Chevalier published a memoir containing a section presenting twenty tales from his life in the entertainment world. Chevalier ascribed the rebuff to John Clayton:[3]1895, Albert Chevalier: A Record by Himself by Albert Chevalier, (Biographical and Other Chapters by Brian Daly), Section: A Chapter of Anecdotes: XVIII: Encouraging, Quote Page 231, John Macqueen, … Continue reading

During my engagement at the old Court Theatre, a budding dramatist submitted to the late John Clayton a very, very bad play for perusal. Clayton read, and returned it, with the following characteristic letter:

My dear sir,
I have read your play—
Oh! my dear Sir!
Yours truly,
JOHN CLAYTON.

In April 1910 the English actor and theater manager Johnston Forbes-Robertson gave a speech at the Lotos club in New York City. The speech was published in 1911. Robertson identified his friend John Golden as the sender of the famous missive, and he also pointed to the unhappy recipient:[5]1911, Speeches at the Lotos Club, Arranged by John Elderkin, Chester S. Lord, and Charles W. Price, (Speech by Johnston Forbes-Robertson: At the Supper in His Honor, April 2, 1910), Start Page 427, … Continue reading

I am afraid to mention the number of plays that have been read at that theatre. It amounts to many hundreds. I was complaining to my friend the late John Golden, one of our most distinguished actors—I was complaining of the difficulty I had in writing back to a young author my regrets that I could not consider his play for production, and my friend John Golden told me that on one occasion he simplified that difficulty by writing to the man who had sent him a hopeless play, and he wrote in this way:

MY DEAR SIR: I have read your play—oh, my dear sir!
Yours very truly,
John Golden

I told the story of that letter for a good many years, I laughed heartily at it when my dear friend told it to me, and so did he, and it was always received as it has been received to-night. But on one occasion, in my dressing-room, I told it to one who was my secretary, and to my amazement he didn’t laugh, and I was extremely put out. And it occurred to me that surely it was the secretary’s duty to laugh at my funny story. And I was so annoyed at it that I turned around to him—I was making up—and said, “You don’t seem to be amused with that story.” And the poor fellow very frankly said, “No, no; I was the one who received the letter.”

Fred Thompson, the theatrical manager, read the manuscript of a play by an amateur author. He sent it back with this note:

“My Dear Sir: I have read your play. Oh, my dear sir. Yours, Fred Thompson.” —Saturday Evening Post.

A budding dramatist (brother of a very successful one) sent him a play to read. After a very short time the author wrote to know if it had been considered. No reply. Quite soon again he wrote a very curt letter demanding an answer. Next day he got his MS. back with the following note enclosed—

An associate of Charles Frohman’s, Charles Dillingham, has attained a similar reputation as a writer of epigrammatic letters. In this vein was a report he made from Paris on Mr. Frohman’s venture in producing “Secret Service” in the French capital. On the opening night, realizing that the performance was a failure, he cabled Mr. Frohman the following:

“The tomb of Napoleon looks beautiful in the moonlight.”

It was Mr. Dillingham who wrote to a budding playwright one of the shortest but most conclusive letters on record:

“My Dear Sir:
“I have read your play.
“Oh, my dear Sir.
“Charles Dillingham.”

Sir Herbert Beerbohm Tree, to a would-be dramatist:
My dear Sir: I have read your play. Oh, my dear Sir!
Yours faithfully, &c.

In conclusion, this article presents a snapshot of current research. Based on the 1888 citation and the testimony of Albert Chevalier in 1895, John Clayton (John Alfred Calthrop) is the leading candidate for creator of this missive. During the ensuing years John Golden, Charles Dillingham, and Herbert Beerbohm Tree each received credit. Future researchers may discover illuminating citations which switch the preferred ascription. It is also possible that this comical tale is apocryphal.

Image Notes: Illustration of stage curtain from geralt at Pixabay. The image has been cropped retouched and resized.

(Great thanks to researcher Nigel Rees who discussed this topic in “Cassell’s Humorous Quotations” of 2001. Rees noted the attribution to Herbert Beerbohm Tree.)