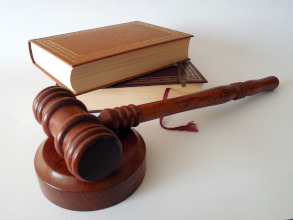 A related passage about different professions appeared in a 1692 collection of fables translated into English by Sir Roger L’Estrange. In one fable a wealthy Dutchman rejects the advice of his physicians. The section containing the moral of the fable presents an adage about teachers which is generalized to apply to doctors:[2]1692, Fables of Aesop and Other Eminent Mythologists with Morals and Reflecions by Sir Roger L’Estrange, Abstemius’s Fables, Fable CCCXIII, Quote Page 274 and 275, Printed for R. Sare, T. … Continue reading

He that Consults his Physician, and will not Follow his Advice, must be his Own Doctor: But let him take the Old Adage along with him. He that Teaches Himself has a Fool to his Master.

The Quote Investigator article about the physician version of this adage is available here.

He who will take no-Advice, but be always his own Counsellor, shall be sure to have a Fool for his Client.

In 1795 “The British Critic” printed a book review that contained an unambiguous version of the adage using the word “lawyer”. The reviewer credited “Che s’insegna” which means “Who teaches” in Italian:[4]1795 September, The British Critic: A New Review, Article 42: The Laws respecting Will, Testaments, and Codicils, Start Page 310, Quote Page 310, Printed for F. and C. Rivington, London. (Google … Continue reading

It is an old law adage, copied from the Italian proverb of Che s’insegna, &c. that the man who is his own lawyer has a fool for his client. If he undertakes, of choice, to become so in making his will, he seems to us to verify the proverb in the most obvious and striking instance. For the ill consequences of his ignorance fall upon those whom he loves best, and wishes to benefit most.

He was aware too of the hacknied observation, that he who pleaded his own cause had a fool for his client, and assured his Lordship that, if by legal artifices he had been made to suffer in a legal point of view, he should patiently have, borne the evil …

They felt Mr. McAdoo would not go to the convention and manage his own campaign unless he entertained doubt concerning his own ability to win out, for a man who attempts that is a good deal in the same position as the lawyer who tries his own case, and who under such circumstances is impolitely said to have a jackass for a client.

In 1966 the U.S. fantasy-comedy television series “Bewitched” broadcast an episode titled “Samantha for the Defense” which included a character depicting Benjamin Franklin who had magically been transported from the past. [7]Website name: IMDb (Internet Movie Database), TV Series: Bewitched, Episode: Samantha for the Defense, Release date: 15 December 1966, Writer: James Henerson, Created by: Sol Saks, Directed by: … Continue reading The Franklin character employed the adage, and another character credited the line to Abraham Lincoln:[8]Dailymotion video, Title: Bewitched 3×14 Samantha For The Defense, Uploaded November 1, 2016, (Quotation starts at 6 minutes 2 seconds of 23 minutes 22 seconds), Description: This video is an … Continue reading

Benjamin Franklin (Fredd Wayne): No, that might be unwise, Sir. The man who defends himself in court has a fool for a lawyer and a jackass for a client.

Benjamin Franklin (Fredd Wayne): Abraham who? Whoever, he stole it from me.

In 1976 the famous statesman, lawyer, and quotation magnet Abraham Lincoln received credit for the saying in a Spokane, Washington newspaper. Lincoln died in 1865, so this attribution is very late, and it is not substantive:[9] 1976 October 31, The Spokesman-Review, (Real Estate Advertisement from House of Properties Inc.), Quote Page E4, Column 8, Spokane, Washington. (Newspapers_com)

ABRAHAM LINCOLN SAID: A man who represents himself, has a fool for a client.

And they fondly quote President Abraham Lincoln, who said: “He who serves as his own counsel has a fool for a lawyer and a jackass for a client”

In conclusion, a partial match appeared in 1682, but it probably was not specifically about lawyers. In 1795 a version about lawyers appeared in “The British Critic”, but it was labelled an Italian Proverb. Thus, QI considers this saying to be anonymous. The adage was circulating before Abraham Lincoln was born.

Image Notes: Picture of gavel and books from succo at Pixabay. Image has been resized.

(Great thanks to Patrick Colliano, P. M. Bhat, and Peter Glennie whose inquiries led QI to formulate this question and perform this exploration.)