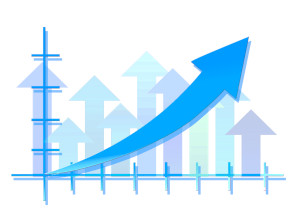 Dear Quote Investigator: This is the era of big data, and organizations are performing myriad statistical calculations; however, this surfeit of numbers can be misleading. Thoughtful discernment is required to see beyond current information as suggested by the following adage:

Statistics are no substitute for judgement.

This saying has been credited to Henry Clay Sr., a prominent Kentucky politician who served in the U.S. House and Senate. Yet, I am skeptical of this ascription because he died in 1852, and I have only found citations starting in the 1900s. Would you please explore this topic?

Quote Investigator: Over the years many different people shared the name Henry Clay. One mechanism that produces misquotations is the confusion of names. An ascription can jump from one person to another who shares a similar name.

The earliest match for this saying located by QI appeared in 1930 within the pages of the “Evening Sentinel” of Staffordshire, England which reported on a speech delivered to a business group by a Professor of Economics named Henry Clay who was an adviser to the Bank of England. This initial version used the word “substitution”. Emphasis added to excerpts by QI:[1]1930 October 13, Evening Sentinel (Staffordshire Sentinel), Production Prices and Depression: Professor Clay on the Trade Outlook, Quote Page 5, Column 5, Staffordshire, England. (British Newspaper … Continue reading

The difference between a successful and an unsuccessful business man lies often in the greater accuracy of the former’s guesses. Statistics are no substitution for judgment. Their use is to check and discipline the judgments on which in the last resort business decisions depend.

A precursor statement appeared in “The Medical Examiner” journal of Chicago, Illinois in 1873. This saying highlighted the need for “common reason” instead of “judgment”:[2]1873 October 1, The Medical Examiner: A Semi-Monthly Journal of Medical Sciences, Book Reviews by E. A. (Book review of “Contributions to Practical Surgery”), Quote Page 228, Column 1, … Continue reading

Surgical statistics are still in their feeble infancy. Many eminent men affect to despise them on account of the worthless character of some of the first efforts in that direction; but if it is true that figures illy digested do often lie, the same is the case with conclusions not based on figures. The truth is this: statistics are no substitute for common reason, nor common reason for statistics.

In September 1930 the English economist Henry Clay employed a version of the quotation under analysis. Clay’s words were reported in a Staffordshire newspaper a few days later in October 1930 as noted previously in this article. In November 1930 the cogent remark jumped across the Atlantic ocean, and it was featured in “The New York Times”. The word “substitution” was replaced by “substitute”:[3] 1930 November 9, New York Times, Quotation Marks, Quote Page XX2, Column 4, New York. (ProQuest)

Statistics are no substitute for judgment.—Henry Clay, of the Bank of England.

In the following days and months other newspapers such as “The Ottawa Citizen” of Ontario, Canada[4] 1930 November 13, The Ottawa Citizen, Press Paragraphs, Quote Page 26, Column 3, Ottawa, Ontario, Canada. (Newspapers_com) and “The Dodge City Journal” of Dodge City, Kansas[5] 1930 December 18, The Dodge City Journal, So They Say, Quote Page 3, Column 4, Dodge City, Kansas. (Newspapers_com) printed the above quotation together with the same ascription.

Statistics are no substitute for judgment …
—Henry Clay.

Statistics are no substitute for judgment.—Henry Clay, America statesman.

In 1978 “The New York Times” reported that an economist who was gathering statistics for the U.S. government had displayed the adage on his wall although no attribution was specified:[8] 1978 July 16, The New York Times, Overhaul Is Urged In Jobless Figures by Philip Shabecoff (Special to The New York Times), Quote Page 19, Column 1, New York. (ProQuest)

“Statistics Are No Substitute for Good Judgment,” reads the plaque on Sar A. Levitan’s office wall.

In 1989 a columnist at “The Washington Post” ascribed the comment to Henry Clay Sr. Verisimilitude was enhanced by the specification of a precise year:[9] 1989 August 8,The Washington Post, Statistical Skepticism: Doing a Number on the Question of Who Gets Capital Gains by Jerry Knight, Quote Page C3, Column 4, Washington, D.C. (ProQuest)

Henry Clay’s advice in 1842 is as good today as it was then: “Statistics are no substitute for judgment.”

Image Notes: Stylized illustration of a graph from geralt at Pixabay. Image has been resized and retouched.

(Great thanks to Stephen Goranson whose inquiry led QI to formulate this question and perform this exploration. Goranson was skeptical of the attribution to Henry Clay Sr.)