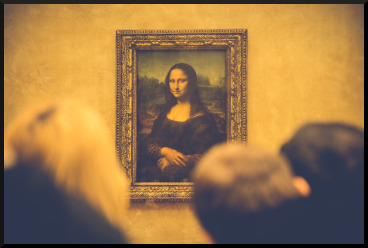 In 1939 several U.S. newspapers used a negated form of the expression to describe a town in Belgium:[2] 1939 September 5, The Evening Sun, Famous For Not Being Famous, Quote Page 5, Column 5, Hanover, Pennsylvania. (Newspapers_com)

La Panne, a little Belgian seaside resort near the French frontier where folk go to rest and not to be disturbed with lots of things to see, claims to be famous for not being famous!

Three generations of the Vitans family had been first-named Bellamy. A name you’d heard about but didn’t know what for. Famous for being famous.

The celebrity is a person who is known for his well-knownness.

His qualities—or rather his lack of qualities—illustrate our peculiar problems. He is neither good nor bad, great nor petty. He is the human pseudo-event. He has been fabricated on purpose to satisfy our exaggerated expectations of human greatness.

Boorstin believed that the subjects of contemporary magazine profiles and popular biographies were often figures of little accomplishment:[5]1962 (Copyright 1961), The Image or, What Happened to the American Dream by Daniel J. Boorstin, Chapter 2: From Hero to Celebrity: The Human Pseudo-Event, Quote Page 60, Atheneum, New York. (Verified … Continue reading

Consumer products also embodied a hollow type of fame:[6]1962 (Copyright 1961), The Image or, What Happened to the American Dream by Daniel J. Boorstin, Chapter 5: From Ideal to Image: The Search for Self-Fulfilling Prophecies, Quote Page 221, Atheneum, … Continue reading

The nationally advertised product is a celebrity of the consumption world. It is well known for its well-knownness, which is one of its most attractive ingredients.

Boorstin even applied his intellectual framework to universities:[7]1962 (Copyright 1961), The Image or, What Happened to the American Dream by Daniel J. Boorstin, Chapter 4: From Shapes to Shadows: Dissolving Forms, Quote Page 168, Atheneum, New York. (Verified with … Continue reading

Universities, the traditional refuge of timelessness, nowadays look for big names, and enlarge their public relations and press relations departments to make the university itself a celebrity, known for its well-knownness.

. . . the celebrity, whom Mr. Boorstin defines, nicely but too often, as “a person who is known for his well-knownness . . . a human pseudo-event.”

But it is true that with photography and electronics it became possible to bypass the consumer phase in fame. One could simply become famous or celebrated for being famous or celebrated, without going through the tedious process of discovering and peddling some marketable commodity or entertaining stereotype.

In 1966 actress Raquel Welch who was known for her beauty employed the self-effacing remark while talking to a columnist of “The Los Angeles Times”:[10] 1966 May 30, The Los Angeles Times, New Beauties Hit Hollywood Screen by Charles Champlin, Section IV, Quote Page 18, Column 1, Los Angeles, California. (Newspapers_com)

“I am famous for being famous” she remarked. “I’ve had so much attention here I’m afraid the press is convinced I can only be a terrible actress.”

And there are more celebrities per square foot than any place this side of Gstaad’s bitter rival, St. Moritz (a celebrity, as Daniel Boorstin puts it, is somebody who is well-known for being well-known).

Miss Mansfield was the creation, pure and simple, of a particular kind of publicity and promotion which can make a person famous for being famous. Zsa Zsa Gabor is an example. Does anybody know what Zsa Zsa is famous for except being famous?

Oscar Wilde was perhaps the first self-made celebrity—a perfect case of a man famous for being famous.

The saying is linked to Andy Warhol because it was often applied to him. For example, in January 1974 “The Guardian” of London printed the following:[14]1974 January 31, The Guardian, Just Dandy by John Coleman (Book review of “Stargazer: Andy Warhol’s World and His Films by Stephen Koch), Quote Page 9, Column 3, London, England. … Continue reading

Warhol is the last dandy, a tycoon of passivity, the pale master. To describe him, it is necessary to invoke the twin ghosts of Duchamp and Baudelaire. “Famous for being famous, he is pure image.”

In April 1974 the journalist David Brinkley applied the saying to himself and other news anchors:[15] 1974 April 1, The Washington Post, Television: The Role Of the ‘Anchorman’ by David Brinkley, Quote Page A22, Column 4, Washington, D.C. (ProQuest)

I believe the television anchorman becomes famous, but not for his power to influence uncritical masses of people, and not for his ability to change the social or political order or to elect a candidate or defeat one. So what is he famous for? Mainly, he is famous for being famous.

famous for being famous
having no recognizable reason for your fame other than high media exposure.

In conclusion, humorist Charles Godfrey Leland employed the phrase “famous for being famous” with the modern sense in 1896. In 1940 novelist Hans Otto Storm also used the phrase with the modern sense. In 1962 Daniel J. Boorstin popularized this notion of fame with his book “The Image”. He made the statement: “The celebrity is a person who is known for his well-knownness”. In addition, he used the phrases “well known for its well-knownness”, “fame is their fame itself”, and “notorious for their notoriety”.

Image Notes: A picture of Leonardo Da Vinci’s Mona Lisa together with onlookers from Free-Photos at Pixabay.