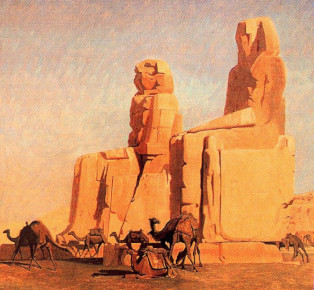 Dear Quote Investigator: By employing a quotation from a well-known individual it is possible to firmly express a viewpoint without directly endorsing it. I vaguely recall the following similar statement:

Often the point of quotations is to use somebody else’s words to deliver an insult.

Would you please help me to determine the correct wording and attribution?

Quote Investigator: In 1971 Columbia University Professor of English Carolyn G. Heilbrun published “The Theban Mysteries” under the pen name Amanda Cross. The protagonist of the book, Kate Fansler, was an amateur detective who had attended “The Theban School”, an elite all-girls academy. Fansler returned to her alma mater to moderate a seminar, and she became entangled in a mystery when a dead body was discovered on campus. In the following dialogue a member of the school asked Fansler whether she wished to join the institution, and she declined. Boldface added to excerpts by QI: 1

“Have you ever thought of joining the Theban in some permanent capacity?”

“Do you know what Dickens said when they asked him to stand for Parliament? ‘I believe that no consideration would induce me to become a member of that extraordinary assembly.’ That’s the point of quotations, you know: one can use another’s words to be insulting.”

In 1992 the remark appeared in the collection “Oh, What an Awful Thing To Say! Needles, Skewers, Pricks, and Outright Nastiness”. The word “one” was replaced by “you” in this instance: 2

That’s the point of quotations, you know; you can use another’s words to be insulting.
“Amanda Cross”

In 2001 another slightly rephrased instance appeared in the collection “The Nasty Quote Book” compiled by Colin M. Jarman: 3

The point of quotations is that one can use another’s words to be insulting.
—Amanda Cross
(Carolyn Heilbrun)

In 2005 “The Press” newspaper of Christchurch, New Zealand printed a set of quotations which included the following three items: 4

“Truth is beautiful, without doubt; but so are lies.” — Ralph Waldo Emerson.

“The only reason for being a professional writer is that you can’t help it.” — Leo Rosten.

“The point of quotations is that one can use another’s words to be insulting.” — Amanda Cross.

The point of quotations is that one can use another’s words to be insulting.
—Amanda Cross (1926-2003)

In conclusion, Carolyn G. Heilbrun (writing as Amanda Cross) deserves credit for crafting the remark in the 1971 book “The Theban Mysteries”. The line was delivered by Heilbrun’s character Kate Fansler.

Image Notes: Public domain study painting of Thebes Colosseums, Memnon and Sesostris by Jean-Leon Gerome circa 1856. Image has been cropped and resized.

(Great thanks to Mardy Grothe who included this quotation with a citation in his online collection available here.)