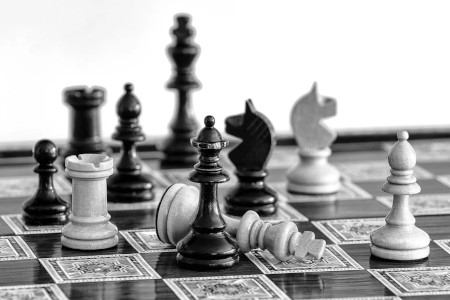 Dear Quote Investigator: The naïve extrapolation of current events leads to faulty predictions. Apparently, the influential English novelist and essayist George Orwell made a point of this type regarding the overestimation of victors in recent battles. Too often people view ruthless contemporary winners as invincible and are unable to recognize flaws. Would you please help me to find a citation?

Power worship blurs political judgement because it leads, almost unavoidably, to the belief that present trends will continue. Whoever is winning at the moment will always seem to be invincible. If the Japanese have conquered south Asia, then they will keep south Asia for ever, if the Germans have captured Tobruk, they will infallibly capture Cairo; if the Russians are in Berlin, it will not be long before they are in London: and so on. This habit of mind leads also to the belief that things will happen more quickly, completely, and catastrophically than they ever do in practice.

Power-worship blurs political judgment because it leads, almost unavoidably, to the belief that present trends will continue. Whoever is winning at the moment will always seem to be invincible.

In conclusion, George Orwell penned this statement for a 1946 essay, and he deserves credit for it. This insightful notion is not completely novel, and QI suspects that precursor expressions probably exist.

Image Notes: Public domain image of a chess board with pieces depicting a checkmate from pxel_photographer at Pixabay.

(Great thanks to Peter Suber whose inquiry led QI to formulate this question and perform this exploration.)