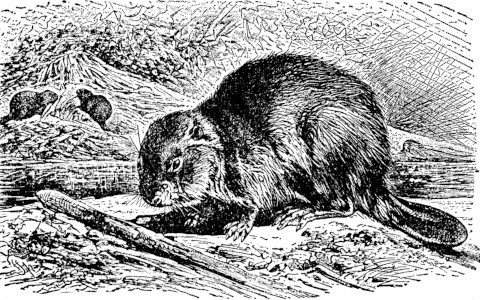 Dear Quote Investigator: The North American fur trade between First Nations and Europeans began in the 16th century. In the 19th century millions of beaver pelts were sold in Europe. The importance of this trade has been summarized with the following blunt statement:

Canada was built on dead beavers.

The famous Canadian author Margaret Atwood whose best known novel is “The Handmaid’s Tale” has received credit for this remark. Is this attribution accurate? Would you please help me to find a citation?

“Do you realize,” David says, “that this country is founded on the bodies of dead animals? Dead fish, dead seals, and historically dead beavers . . .”

The statement under examination was semantically contained within this prolix remark. An exact match for the shorter statement occurred several years later. “The Macmillan Dictionary of Political Quotations” included the following entry indicating that Atwood spoke the line in 1988:[2]1993, The Macmillan Dictionary of Political Quotations, Edited by Lewis D. Eigen and Jonathan P. Siegel, Chapter 27: The Environment and Natural Resources, Quote Page 161, Macmillan Publishing … Continue reading

Below are three more citations and a conclusion.

In conclusion, Margaret Atwood deserves credit for the words she wrote in her 1972 novel “Surfacing”. One of her characters delivered the line about beavers and other animals.

According to the 1993 reference work “The Macmillan Dictionary of Political Quotations” Atwood delivered the concise remark during a radio program in 1988. QI has not directly confirmed this, but it is plausible based on the 1972 citation.

(Great thanks to two individuals on twitter who encouraged QI to post more articles about quotations from Canadians. This led QI to formulate this question and perform this exploration.)