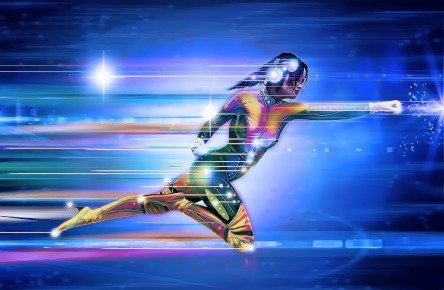 Dear Quote Investigator: Actor Christopher Reeve achieved enormous fame when he played the title character in the 1978 movie “Superman”. He suffered a tragic accident during an equestrian competition in 1995 which injured his spine and paralyzed part of his body. His life experiences caused him to change his perception of heroism. Would you please help me to find a citation for his definition of a hero?

Quote Investigator: In 1998 Christopher Reeve published the autobiography “Still Me”, and he described the definition of a hero that he gave to interviewers during the publicity campaign for the “Superman” movie in 1978. Boldface added to excerpts by QI:[1] 1998 Copyright, Still Me by Christopher Reeve, Chapter 11, Quote Page 273, Random House, New York. (Verified with scans)

The most frequently asked question was: “What is a hero?” I remember how easily I’d talk about it, the glib response I repeated so many times. My answer was that a hero is someone who commits a courageous action without considering the consequences.

Reeve’s notion of a hero was transformed as he gained greater insights to life:

Now my definition is completely different. I think a hero is an ordinary individual who finds the strength to persevere and endure in spite of overwhelming obstacles.

Below is one additional citation and a conclusion.

I think a hero is an ordinary individual who finds the strength to persevere and endure in spite of overwhelming obstacles.
— Christopher Reeve

In conclusion, Christopher Reeve deserves credit for the statements he wrote about being a hero in the 1998 autobiography “Still Me”.

Image Notes: Illustration of a dynamically moving superhero-type figure from alan9187 at Pixabay.

(Great thanks to the anonymous person whose inquiries about several quotations attributed Christopher Reeve led QI to formulate this question and perform this exploration.)