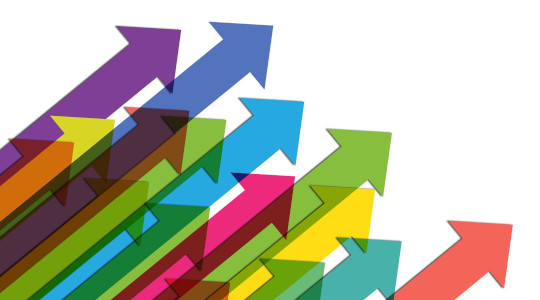 Dear Quote Investigator: A popular collection of affirmations have been constructed with these three rhyming words: conceive, believe, and achieve. Here are three examples:

The first two statements have been attributed to self-help author Napoleon Hill, and the third has been credited to political activist Jesse Jackson. Would you please explore this topic?

Quote Investigator: This family of expressions has been evolving for more than one-hundred years. The earliest instances used just two of the three words.

Statements 1 and 2 above were used by Napoleon Hill’s self-help organization in 1952 and 1954, respectively. Statement 3 was employed by Jesse Jackson in 1978.

The following items with dates present an outline of the evolution:

In 1906 the book “Metamorphose” by Orlando K. Fitzsimmons contained an anonymous motto using the words “conceive” and “achieve”. Boldface added to excerpts by QI:[1]1906, Metamorphose: Involving Regeneration of Individual and Race, and Also the Solution of the Great Problem of Poverty by Orlando K. Fitzsimmons, Chapter 12: The Rationale of the New, Quote Page … Continue reading

The motto of the new Order is: WHAT MAN CAN CONCEIVE, MAN CAN ACHIEVE.

The “doers” are the “believers” in all walks of life. Those who BELIEVE they can achieve the object of their definite chief aim do not recognize the word impossible. Neither do they acknowledge temporary defeat. They KNOW they are going to succeed, and if one plan fails they quickly replace it with another plan.

Men with negative minds tried to convince Thomas A. Edison that he could not build a machine that would record and reproduce the human voice, “because” they said, “no one else had ever produced such a machine,” Edison did not believe them. He knew that the mind could produce ANYTHING THE MIND COULD CONCEIVE AND BELIEVE, and that knowledge was the thing that lifted the great Edison above the common herd.

In 1952 Napoleon Hill’s organization offered a course in Salem, Illinois based on his book “Think and Grow Rich” and his success principles. The newspaper advertisement used an expression with “achieve”, “conceive”, and “believe”:[4] 1952 April 17, Mt. Vernon Register-News, (Advertisement for Class With Napoleon Hill, On Think and Grow Rich), Section 2, Quote Page 2, Column 2, Mt Vernon, Illinois. (Newspapers_com)

Enrollment for the first six-weeks course will close Monday night. Bring your wives and friends — and learn how to achieve anything you can conceive and believe.

“You can achieve anything that your mind can conceive providing you believe it,” he said, but hastened to add that you have to believe it for decades not just over the weekend.

Mrs. Bessie Adams read a magazine article on Faith written by Napoleon Hill. Mr. Hill said “Whatever you can believe you can conceive and achieve, and that faith is the master key with which we may unlock the door which separates our earthly destinies from the eternal source of power of the universe.

Napoleon Hill, whose “Science of Success” has spread throughout the world, is a living example of his pet philosophy that “whatever the mind can conceive and believe, the mind can achieve.”

Red never misses a chance to visit a hospital “I have a philosophy which I preach,” Red adds. “It goes like this—anything you can conceive or believe, you can achieve”

According to Dr. Hill, whatever the mind can conceive and believe, it can achieve.

“I want to give you three little words: conceive, believe, achieve. This campaign has been conceived; now you’ve got to believe in it, and you will achieve.”

But what brought the house down was: “If my mind can conceive it and my heart can believe it, then I know I can achieve it because I am somebody.”

Those were the final words Tuesday of the Rev. Jesse Jackson’s closing address to parents, students, teachers and the rest of the Shreveport community.

If my mind can conceive it, and my heart can believe it, I know I can achieve it.
THE REV. JESSE JACKSON

As Muhammad Ali said, “If my mind can conceive it and my heart can believe it, then I can achieve it.”

In conclusion, this family of expressions evolved over time. Napoleon Hill crafted and popularized affirmations using the three words conceive, believe, and achieve by 1952. Jesse Jackson deserves credit for constructing a distinctive version using the word heart in 1978. The attributions to Muhammad Ali occurred later and only provide weak evidence.

(Great thanks to Steve McCrea whose inquiry led QI to formulate this question and perform this exploration. Many thanks to Barry Popik for his pioneering work on this topic.)