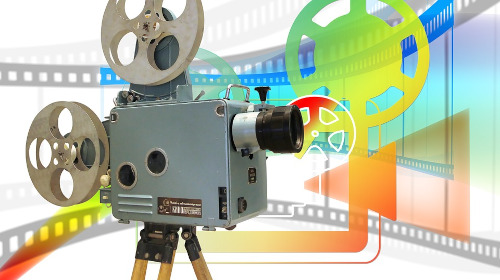 Dear Quote Investigator: An influential film critic decided to become a filmmaker. Here are four versions of the explanation provided by the critic for this notable transformation:

(1) Instead of writing criticism, I make a film.

(2) The only way to criticize a movie is to make another movie.

(3) The best way to criticize a movie is to make another movie.

(4) If you mean to criticize a movie, make another movie.

These statements have all been attributed to French auteur Jean-Luc Godard. Did he deliver any of these remarks? Would you please explore this topic?

As a critic, I already considered myself a filmmaker. Today I still consider myself a critic, and in a way I am even more so than before. Instead of writing criticism, I make a film, even if it means introducing the critical dimension into it. I consider myself an essayist, I do essays in the form of novels or novels in the form of essays: I simply film them instead of writing them. If the cinema were to disappear, I would accept the change and switch to television, and if television were to disappear, I would return to paper and pencil.

Thus, the first statement mentioned within the inquiry above was employed by Jean-Luc Godard in French in 1962. The other three statements have each been attributed to Godard by Chicago film critic Roger Ebert starting in the 1970s. See the detailed citations presented further below.

QI conjectures that Ebert’s versions of Godard’s remark were derived directly or indirectly from the 1962 interview. Yet, it remains possible that Godard made a remark in French that closely matched one of Ebert’s instances which QI has not yet discovered. Future researchers may clarify the situation.

It was Godard who said the only way to criticize a movie is to make another movie.

In 1972 a collection of essays, reviews, manifestoes, and interviews by Jean-Luc Godard titled “Godard on Godard” appeared. The book reprinted the 1962 interview from “Cahiers du Cinéma”. Tom Milne performed the translation from French into English:[3]1986 (Republication of 1972 edition with a new forward), Godard on Godard by Jean-Luc Godard, Translated from the French Tom Milne, Edited by Jean Narboni and Tom Milne, Section: Marginal Notes While … Continue reading

As a critic, I thought of myself as a film-maker. Today I still think of myself as a critic, and in a sense I am, more than ever before. Instead of writing criticism, I make a film, but the critical dimension is subsumed. I think of myself as an essayist, producing essays in novel form or novels in essay form: only instead of writing, I film them. Were the cinema to disappear, I would simply accept the inevitable and turn to television; were television to disappear, I would revert to pencil and paper.

Godard, who (like all the new wave directors) began as a film critic, finally concluded that the only way to criticize a movie is to make another movie.

In August 1974 Ebert attributed a slightly different statement to Godard. The word “best” replaced the word “only”:[5] 1974 August 5, The Evening Press, ‘Chinatown’ Much More Than a Caper by Roger Ebert (Chicago Sun-Times), Quote Page 4B, Column 6, Binghamton, New York. (Newspapers_com)

Godard said that the best way to criticize a movie is to make another movie.

Krzysztof Zanussi, a celebrated Polish filmmaker, did not like Altman’s “A Wedding” either, but he did something more industrious about it. As Jean-Luc Godard has said, the best way to criticize a film is to make another film, and that’s what Zanussi did in 1980, when he made “Contract,” which is showing this weekend at the Film Center at the Art Institute.

In 1984 Ebert credited Godard with a different phrasing of the remark under examination:[7] 1984 December 28, Poughkeepsie Journal, ‘Amadeus’ is critic’s choice as the best film of ’84 by Roger Ebert, Quote Page 32, Column 4, Poughkeepsie, New York. (Newspapers_com)

“If you mean to criticize a movie,” Jean-Luc Godard once said, “make another movie.”

French critic and film director Jean-Luc Godard, who said the best way to criticize a film is to make one, will be 64.

In 2004 Ebert printed another version of the quotation:[9] 2004 June 20, The Herald-Palladium, Accuracy will be test of ‘Fahrenheit 911’ by Roger Ebert, Quote Page 10C, Column 3, Saint Joseph, Michigan. (Newspapers_com)

The wise French director Jean-Luc Godard once said, “The way to criticize a film is to make another film.”

It was Jean-Luc Godard who once said the best way to criticize a film is to make another one. He also said all you need to make a movie is a girl and a gun, an aphorism that will prove equally relevant here.

In conclusion, Jean-Luc Godard should receive credit for the comments he made in his 1962 interview in “Cahiers du Cinéma”. Godard said “Au lieu de faire une critique, je fais un film” (“Instead of writing criticism, I make a film”). Other related remarks have been attributed to him, but QI is unsure whether he said them.

Image Notes: Illustration of a camera shown against a colorful background from geralt at Pixabay.

(Great thanks to amindfv whose inquiry led QI to formulate this question and perform this exploration.)