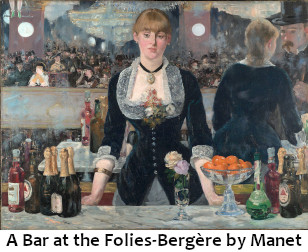 END_OF_DOCUMENT_TOKEN_TO_BE_REPLACED

Dear Quote Investigator: The raw data collected in some scientific experiments is extensively processed via statistical operations. The tentative conclusions of this research may be accompanied with complex discussions of confidence levels.

The prominent physicist Ernest Rutherford preferred decisive experiments that did not require sophisticated statistical analysis. Here are three embodiments of this viewpoint:

In Monte Carlo work we can take heed of Lord Rutherford’s dictum: “If your experiment needs statistics, you ought to have done a better experiment.” In a sense, all good Monte Carlo work is self-liquidating: although we start out with random numbers in order to solve a problem, which may seem to be intractable by conventional numerical analysis, nevertheless we should strive to reduce their influence on the final result, and one should always seize any opportunity to replace a part or even the whole of the sampling experiment by exact analysis.

The evidentiary value of this 1961 citation is lessened by the fact that Rutherford died in 1937.

END_OF_DOCUMENT_TOKEN_TO_BE_REPLACED 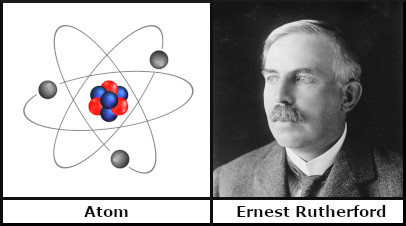 Quote Investigator: “The New York Times” printed an article with a dateline of September 11, 1933 that included a quotation from Lord Ernest Rutherford who was addressing a meeting of the British Association for the Advancement of Science. The scientist’s words were carefully hedged. Emphasis added to excerpts by QI:[1] 1933 September 12, New York Times, Rutherford Cools Atom Energy Hope by Waldemar Kaempffert (Special Cable to The New York Times; Dateline September 11), Quote Page 1, Column 6, New York. (ProQuest)

END_OF_DOCUMENT_TOKEN_TO_BE_REPLACED

Dear Quote Investigator: Recently, while reading about the discovery of a new species of frog I marveled at the remarkable diversity of the biosphere. But, I was also reminded of the following humorous and barbed assertion:

All science is either physics or stamp collecting.

This statement has often been attributed to the prominent physicist Ernest Rutherford, but the only citation I have seen was published in the 1960s which was long after the great experimentalist’s death in 1937. What do you think?

Quote Investigator: The earliest evidence located by QI appeared in the 1939 book “The Social Function of Science” by physicist John Desmond Bernal who ascribed the idea to Ernest Rutherford, but Bernal did not present a precise quotation. Boldface has been added to excerpts:[1]1939, The Social Function of Science by J. D. Bernal (John Desmond Bernal), Quote Page 9, G. Routledge & Sons Ltd., London. (Verified on paper; great thanks to Stephen Goranson and the Duke … Continue reading

There must be for any effective scientist an intrinsic appreciation and enjoyment of the actual operations he is performing, and this appreciation will not differ essentially from that of the artist or the sportsman. Rutherford used to divide science into physics and stamp collecting, but if the analogy were to be carried through, it would be reduced to “gadgeteering” and stamp collecting.

In 1945 a periodical published by the American Association for the Advancement of Science called “The Scientific Monthly” printed an instance attributed to Rutherford:[2]1945 September, The Scientific Monthly, Volume 61, Number 3, A Lend-Lease Program for Philosophy and Science by Max Black, Start Page 165, Quote Page 168, Column 1, Published by American Association … Continue reading

In this sense all studies become “scientific” to the degree that they aspire to reach the condition of physics and seek to imitate closely the complex interweaving of selective observation, controlled experiment, and mathematical elaboration which is to be found there. Those who favor this definition may take as their slogan the epigram attributed to the late Sir Ernest Rutherford that science consists only of “physics and stamp-collecting.”

QI has found the saying in neither an interview nor a book nor an article by Rutherford; in short, there was no direct link between the scientist and the adage. Indeed, it was possible that Bernal served as the only avenue for transmission of the sharp apothegm.