Dear Quote Investigator: The famous science fiction author Arthur C. Clarke believed that proclamations of impossibility were too readily dispensed by blinkered elderly scientists. Would you please help me to find a citation for Clarke’s First Law?

Quote Investigator: In 1962 Arthur C. Clarke published a forward-looking book filled with predictions titled “Profiles of the Future”. The second chapter discussed the failure of imagination that lead to some deeply flawed prognostications. Emphasis added to excerpts by QI:[1] 1972 (First publication 1962), Profiles of the Future by Arthur C. Clarke, Chapter 2: Hazards of Prophecy: The Failure of Imagination, Quote Page 14, Bantam Books, New York. (Verified with scans)

Too great a burden of knowledge can clog the wheels of imagination; I have tried to embody this fact of observation in Clarke’s Law, which may be formulated as follows:

Clarke further suggested that in the domains of physics, mathematics, and astronautics elderly meant over the age of thirty. In other areas of science the label of elderly may postponed into the forties. Clarke also admitted that there were glorious exceptions to his rather harsh ageism.

END_OF_DOCUMENT_TOKEN_TO_BE_REPLACED 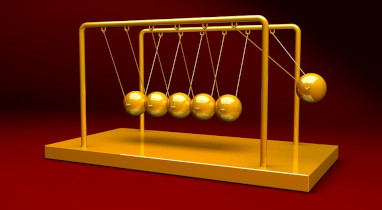 Tact is the art of making a point without making an enemy.

A variant of this statement uses “knack” instead of “art”. Interestingly, Isaac Newton made some powerful enemies during his lifetime. Do you think this attribution is correct?

Quote Investigator: QI has found no substantive evidence that Isaac Newton employed this saying. The misattribution was probably caused by confusion with another person whose last name was Newton.

Tact is the knack of making a point without making an enemy.

Advertising executive Howard W. Newton is the leading candidate for creator of this saying.