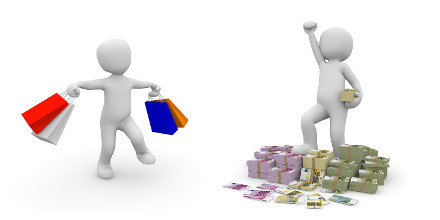 Dear Quote Investigator: Influential societal observers have long denounced cultures that emphasize consumption. The ever growing fabrication and usage of products forces individuals to scramble on a hedonic treadmill that is ultimately unsatisfying and pointless according to critics. The misguided pursuit of materialism has been highlighted by a supposed remark from a proponent of consumer culture:

We must shift America from a needs to a desires culture. People must be trained to desire, to want new things, even before the old have been entirely consumed. We must shape a new mentality in America. Man’s desires must overshadow his needs.

Unfortunately, I have been unable to verify this quotation which is usually attributed to Paul M. Mazur who was a leading investment banker at the firm of Lehman Brothers in New York. I have become skeptical. Is this quotation genuine? Would you please explore this topic.

Quote Investigator: Paul M. Mazur wrote a thematically similar passage in the 1928 book “American Prosperity: Its Causes and Consequences”, but there was a crucial difference. The quotation above was formulated as advocacy. Yet, Mazur was describing changes that he thought had already occurred in the U.S. economy by 1914. Boldface added to excerpts by QI: 1

Any community that lives on staples has relatively few wants. The community that can be trained to desire change, to want new things even before the old have been entirely consumed, yields a market to be measured more by desires than by needs. And man’s desires can be developed so that they will greatly overshadow his needs.

Mazur believed that retailers had already moved away from simple low-cost units. Instead, companies employed novelty and changing fashion to make items appear obsolete and to encourage additional purchases:

Standardization became increasingly subordinate to style; uniformity of production was subordinated to style appeal. The factors necessary for sales began to impose themselves in this manner upon manufacturing.

This condition was fairly well developed by 1914. It prepared the stage upon which the war trod during those eventful years. And the effect upon the economic drama was stupendous.