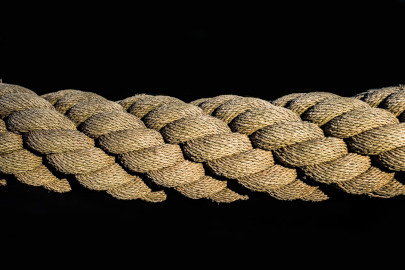 Dear Quote Investigator: A brilliant figure of speech has been employed to describe the performance of a futile or counter-productive task. Here are two versions:

This saying has been attributed to the prominent economist John Maynard Keynes and U.S. General George S. Patton. Would you please explore this topic?

Quote Investigator: John Maynard Keynes died in 1946, and the saying was attributed to him in 1970; hence, evidence for this linkage is weak. There is substantive evidence that George Patton employed this saying by 1942, but it was already in circulation.

The effect, therefore, of forcing air through a long series of intricate passages is to increase its density and friction in proportion to the pressure applied and the length of the column. To a limited extent this may be done by the expenditure of sufficient power, but this may be compared to the attempt to push a rope instead of pulling it. Whether the ordinary blowing-fan or blowing-cylinder be used, the difficulties are the same: therefore this mode must be condemned.