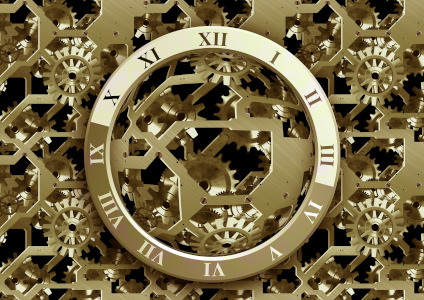 Dear Quote Investigator: The expression “fifteen minutes of fame” is based on a quotation by the influential Pop artist Andy Warhol. But what exactly did he say and when did he say it?

Quote Investigator: Warhol’s notable maxim about the transience of fame has been popular for much longer than the standard allotment of fifteen minutes. The earliest evidence QI has located for a version of the phrase is in an issue of Time magazine dated October 13, 1967 [TIAW]:

Many reference works list an important citation that was published the next year in early 1968. An exhibition of Warhol’s art was held at the Moderna Museet in Stockholm, Sweden and a catalog for the show was released in February-March 1968 which included a version of the popular apothegm [YQAW] [QVAW] [OQAW]:

This variant includes the extra modifier “world” that is absent in the earlier Time magazine citation. Indeed, the wording of the expression is highly variable, and Warhol himself deliberately altered the statement over time.

Top-flight researcher Stephen Goranson located an intriguing citation that helps to illuminate the early evolution of this maxim. In 1967 an art book called “Constructivism: Origins and Evolution” by George Rickey was published. The preface written by Rickey was dated July 1967, and it contained part of the saying under investigation attributed to an artist named Larry Rivers [GRLR]:

The art explosion introduces so many new names and new kinds of work that we are approaching the time when, as Larry Rivers says, “Everybody will be famous.”

Andy Warhol knew Larry Rivers in the 1960s. So they may have discussed this concept of the ubiquity of fame in the near future. Admittedly, it is not certain whether the idea was communicated from Rivers to Warhol or vice versa.

To provide evidence about the relationship between the two artists here is an excerpt from “POPism: The Warhol ’60s” by Andy Warhol and Pat Hackett. This book was released in 1980, but it recounts the experiences of Warhol in the 1960s. The following quote is in a section dated 1965 [AWPO]:

Larry Rivers had a retrospective at the Jewish Museum on upper Fifth Avenue in September, and I’ll always remember the way the people there were dressed. Larry poked me excitedly and said, “Look at that girl! Girls are showing parts of their bodies in public now that they’ve never shown before!”

In October 1967 Time magazine attributed a version of the saying to Warhol. This phrasing mentioned the time limit of “15 minutes” which was fundamental to the mordantly humorous implication of disposable celebrity [TIAW]:

Warhol’s words resonated in the world of art and in the larger society. In November 1967 the magazine “Art Scene” invoked the quotation in Time [AWAS]:

But showmanship is the operative word. It is the essential ingredient if the Contemporary is to compete for national attention, and you’d better believe that the Museum and its Director will be competing. If the time approaches, as Warhol was quoted in Time as having predicted, when every artist will be famous for 15 minutes, this development pre-supposes the establishment of a network of Instant Fame Shops.

In 1968 a book highly critical of developments in the cultural domain titled “The Culture Vultures: or, Whatever Became of the Emperor’s New Clothes?” printed a variant of Warhol’s credo based on a longer time period [AWAL]:

And Andy Warhol, who ought to know, purrs to the media that today’s turnover in art is only the beginning. “There’s going to be a day when no one will be famous for more than a week. Then everyone will have a chance to be famous.”

In February-March 1968 the Moderna Museet in Stockholm held a Warhol art show and the catalog included a version of the saying as noted earlier in the article [YQAW] [QVAW] [OQAW]:

In 1969 The New Republic published a profile of Warhol, and it contained a version of the quotation that was slightly different from the one in the art show catalog [AWSK]:

Being famous is one of the things his career is all about – fame and passivity are the two themes that dominate everything he does. “In the future,” he once remarked in an almost spectacularly brilliant aphorism, “everybody will be world-famous for at least fifteen minutes.”

In 1970 The New Republic published an article titled “Revolution as Theatre” by the educator, playwright, and theater critic Robert Brustein who presented the following instance of the quote [AWRB]:

“In five years,” as Andy Warhol has cogently observed, “everybody in the world will be famous for fifteen minutes.”

In December 1970 a book review column alluded to the remark without mentioning Warhol’s name. The columnist gave a list of recent changes he deemed undesirable [OHVH]:

Things like the new pornography in all the arts, the astounding rise of the use of profanity by women, the prevalence of instant fame (people can be famous for 15 minutes these days), …

On July 27, 1978 Andy Warhol wrote a diary entry that was published a decade later in “The Andy Warhol Diaries”. Several variations of the maxim were in circulation and Warhol reacted with levity when he heard his words transformed [AWAD]:

In a 1978 television comedy a prominent playwright crafted a line that responded to the Waholian adage [AWAM]:

“If all people will be famous, then there is no fame!” a character in Arthur Miller’s witty TV drama, “Fame,” says.

In 1979 “Andy Warhol’s Exposures” was published with photographs and writings by Warhol. In a section about the renowned discotheque “Studio 54” Warhol presented an instance of his platitude, and he suggested a revision. The words of the revision were actually credited to the newsman Hugh Downs in a diary entry of Warhol’s in 1978 [AW54]:

In 1988 the satirical magazine Spy wrote about an alternative universe in which Andy Warhol’s brush with the gun-wielding writer Valerie Solanas was fatal. Warhol’s saying was placed into the mouth of another modern artist [SPAL]:

Roy Lichtenstein’s quip — “In the future, lots more people will be famous, but for shorter periods of time” — never quite catches on.

In 2005 a writer in the Village Voice offered two alternatives to the well-known phrase [JSVV]:

An interesting variant of the phrase has gained currency. It was used in an artwork by the graffiti provocateur Banksy. Here is a link to an article on this topic:

In conclusion, QI believes that Warhol is properly credited with more than one version of this saying. For example, the 1968 version in the art show catalog is well-founded. Also, the version Warhol wrote in his diary in 1978 can be accurately ascribed to him.

Image Notes: Illustration of clock with gears from geralt at Pixabay.