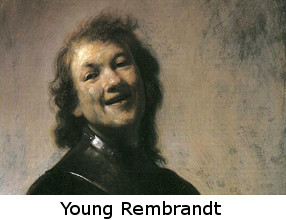 Quote Investigator: For many years this comical remark has been ascribed to Mary Pettibone Poole who published a compilation of quotations and quips in 1938 with the vividly absurdist title “A Glass Eye at a Keyhole”. Poole placed this joke in a section “Beggars Can’t Be Losers”:[1]1938, A Glass Eye at a Keyhole by Mary Pettibone Poole, Section: Beggars Can’t Be Losers, Quote Page 40, Published by Dorrance and Company, Philadelphia, Pennsylvania. (Verified with scans; … Continue reading

So, in 1926 the quip was already being described as an “old proverb”. This version omitted the word “longest” and was a bit more concise than the 1917 instance.

In February 1934 the mass-circulation periodical “Reader’s Digest” published the saying in a section called “Patter” that featured items sent in by readers. No attribution was listed:[4] 1934 February, Reader’s Digest, Volume 24, Patter, Quote Page 107, The Reader’s Digest Association. (Verified on paper)

In 1934 “The Times-Picayune” newspaper of New Orleans, Louisiana printed an instance in the section of the periodical for ‘Young People”. The expression was enclosed in quotation marks indicating that it was already in circulation:[5]1934 March 4, Times-Picayune, Section: The Young People’s Paper, Aunt Jane’s Letter Club, Letter to Aunt Jane: The Scratch Pad by Chris Marlee, Quote Page 4, Column 1, New Orleans, … Continue reading

“He who laughs—lasts”…..someone ought to start a “Bright Sayings of Geometry Teachers” column.

In 1938 Mary Pettibone Poole included the remark in her compilation of witticisms called “A Glass Eye at a Keyhole” as noted previously.

He who laughs, lasts.
MARY PETTIBONE POOLE: A Glass Eye at the Keyhole, 1938

He who laughs, lasts.
—MARY PETTIBONE POOLE (contemporary)
A Glass Eye at the Keyhole

In conclusion, the earliest instance known to QI appeared in a poem by W. E. Nesom in 1917, and it was possible that he crafted this quip. The second earliest instance was written by George F. Worts in 1926. This version was more concise. Mary Pettibone Poole helped to popularize the joke, but she did not construct it.

Image Notes: Cropped section of the painting “The Young Rembrandt as Democritus the Laughing Philosopher” by Rembrandt via WikiArt.

(Many thanks to Dennis Lien for accessing and examining “A Glass Eye at a Keyhole”. Great thanks to Stephen Goranson for locating and sharing the 1919 citation.)