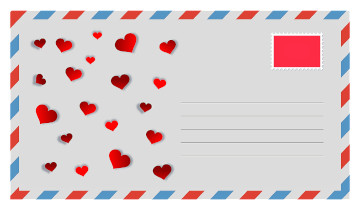 Love is a promise
Love is a souvenir
Once given
Never forgotten, never let it disappear

My mother who is very knowledgeable about the Beatles says that these are not the words of John Lennon. Are these lines from a poem or a song lyric? Would you please explore this topic?

Quote Investigator: In 1989 the British band “Tears for Fears” released the album “The Seeds of Love”. The lines above were written by Roland Orzabal and Nicky Holland for the song “Advice for the Young At Heart”.

Readers can visit the YouTube website and see a music video of the song here. The total duration is 4 minutes and 42 seconds, and the words are spoken at 1 minute 58 seconds.[1]YouTube video, Title: Tears For Fears – Advice For The Young At Heart, Uploaded on October 8, 2009, Uploaded by: TearsForFearsVEVO, (Quotation starts at 1 minute 58 seconds of 4 minutes 42 … Continue reading

A trinket to keep in your pocket;
My love is a small souvenir,
A keepsake to put in your locket.

In 1989 “The Republic” newspaper of Columbus, Indiana published a column called “Word for Word” that featured song lyrics. On October 9th the paper printed the full lyrics of “Advice for the Young At Heart”; thus, the lines above appeared in a periodical.[3]1989 October 9, The Republic, Word for Word: Lyrics, Song: Advice for the Young At Heart, Authors: Roland Orzabal and Nicky Holland, Album: The Seeds of Love, Group: Tears for Fears, Quote Page B4, … Continue reading

“Love is a promise, love is a souvenir, once given never forgotten, never let it disappear.”
—John Lennon

In conclusion, Roland Orzabal and Nicky Holland should receive credit for the quotation. The ascription to John Lennon is spurious.

Image Notes: Illustration of postcard with hearts from Alexei Hulsov on Pixabay.

(Great thanks to Toan Nguyen whose inquiry led QI to formulate this question and perform this exploration. Nguyen noted the attribution to Lennon and referred to his skeptical “Beatles fanatic mother”. The phrasing of the question above was crafted by QI.)