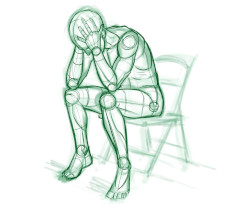 Dear Quote Investigator: A fatigued philosopher may forgetfully return to previous ideas. The worn out thinker may fruitlessly reexamine notions that were rightfully rejected in the past. The famous German philosopher Friedrich Nietzsche has received credit for the following remark:

When we are tired, we are attacked by ideas we conquered long ago.

When we are tired, we are attacked by ideas we conquered long ago.
FRIEDRICH NIETZSCHE

This article presents a snapshot of current research followed by a tentative conclusion. The German versions of this quotation seen by QI were apparently derived from the English statement, and QI has been unable to find earlier matches using German instances.

In 1958 a newspaper in Franklin, Pennsylvania printed the saying in the upper right corner of its front page. Nietzsche received credit, but no supporting citation was provided:[2] 1958 September 17, The News-Herald, Evening Thought, Quote Page 1, (Upper Right Corner), Franklin, Pennsylvania. (Newspapers_com)

Evening Thought
When we are tired, we are attacked by ideas we conquered long ago.
— Frederick Nietzsche.

Fatigue always brings on regression: as Nietzsche shrewdly knew, long before Freud: “When we are tired, we are attacked by ideas we conquered long ago.”

In 1966 “The Viking Book of Aphorisms” compiled by prominent poet W.H. Auden and co-editor Louis Kronenberger included an entry for the statement with an ascription to Nietzsche. No citation was presented.[4]1966, The Viking Book of Aphorisms: A Personal Selection, Compiled by W. H. Auden and Louis Kronenberger (Wystan Hugh Auden), Part: The Life of the Mind, Chapter: Opinions and Beliefs, Quote Page … Continue reading

In conclusion, QI does not know whether Friedrich Nietzsche crafted a German quotation corresponding to the English statement under examination, and QI leans toward the negative thesis. Currently, the citations are too weak to determine the correct ascription. One may hope that future efforts will uncover illuminating information.

Image Notes: Illustration of dejected individual from PoseMuse at Pixabay.

(Great thanks to Peter Price and Kira Condee-Padunova whose inquiries led QI to formulate this question and perform this exploration. Also, thanks to discussant Donna Halper.)