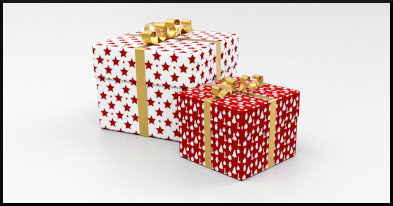 This saying is difficult to trace because it can be phrased in many different ways. The earliest instances located by QI were anonymous. A comical precursor evincing disdain for the self-absorbed appeared in a Nebraska newspaper in 1899. Emphasis added to excerpts:[1] 1899 April 3, The Nebraska State Journal, Bulletin Bubbles, Quote Page 4, Column 6, Lincoln, Nebraska. (Newspapers_com)

In 1907 an instance appeared in a Topeka, Kansas newspaper with other sayings under the title “Quaker Reflections”, and the paper acknowledged “The Philadelphia Record”. The words “bundle”, “package”, and “parcel” were all absent:[4] 1907 October 1, The Topeka State Journal, Quaker Reflections (From the Philadelphia Record), Quote Page 4, Column 7, Topeka, Kansas. (Newspapers_com)

The people who are wrapped up in themselves are generally pretty small.

In 1910 “The Washington Post” published a version with the word “package” that used a different word ordering while acknowledging the “Chicago News”:[7] 1910 June 3, The Washington Post, Pointed Paragraphs (From Chicago News), Quote Page 6, Column 7, Washington, District of Columbia. (Newspapers_com)

A small package—Any man who is wrapped up in himself.

The man who is entirely wrapped up in himself generally carries a mighty small package.—University Kansan.

It has been wisely said that a person who is entirely wrapped up in himself is a pretty small package.

In 1923 the “Daily News” of New York City printed mottoes that were sent to the paper by the public. The saying was submitted by a stenographer:[11] 1923 June 2, Daily News, (Motto at the top of the page), Quote Page 11, Column 1, New York, New York. (Newspapers_com)

“When a man is wrapped up in himself, he makes a pretty small parcel.”
— Mae A. Byrnes, Stenographer, 663 Greenwich Street.

The DAILY NEWS will pay $5 for every motto printed. Limit your thought to fifteen words.

In 1923 “The Honolulu Advertiser” of Hawaii printed a lengthy address from a pastor who gave an attribution for the saying:[12] 1923 November 13, The Honolulu Advertiser, Pastor Says Christian Internationalism Only Safeguard Against War, Quote Page 2, Column 5, Honolulu, Hawaii. (Newspapers_com)

Dan Crawford has said that ‘A man who is all wrapped up in himself makes a mighty small package!’ The same truth applies to a nation.

A man who is all wrapped up in himself makes a mighty small package.
HARRY EMERSON FOSDICK.

In 1943 Fosdick published the book “On Being a Real Person”, and he used the expression without attribution:[14] 1943, On Being a Real Person by Harry Emerson Fosdick, Chapter 4: Getting Oneself Off One’s Hands, Quote Page 83 and 84, Harper & Brothers, New York. (Verified with scans)

All the way from social embarrassment to insanity, therefore, egocentricity is ruinous to real personality. At the very best, a person completely wrapped up in himself makes a small package.

In 1944 a newspaper presented highlights from a speech delivered to a group of young women, and a version of the saying with “herself” instead of “himself” was included:[15] 1944 March 4, The Daily Record, Tri Hi-Y Girls Hears Talk On Growing Up, Quote Page 4, Column 5, Long Branch, New Jersey. (Newspapers_com)

After diagraming an ego-centric person, he commented that a person all wrapped up in herself makes a pretty small package.

In June 1946 a columnist in a Zanesville, Ohio newspaper implausibly attributed the saying to one of the Founding Fathers of the United States who had died in 1790:[16] 1946 June 12, The Zanesville Signal, Lifelines by Walter Seifert (Epigraph), Quote Page 5, Column 3, Zanesville, Ohio. (Newspapers_com)

“A man wrapped up in himself makes a very small bundle.”
—Ben Franklin.

“When a man is wrapped up in himself, he makes a pretty small package.” —John Ruskin

RUSKIN, John, 1819-1900, English art critic, social reformer, and miscellaneous writer.
When a man is wrapped up in himself he makes a pretty small package.

In conclusion, the phrasing of this saying has evolved over time. The first strong match located by QI occurred in 1904, and that remark was anonymous; other early instances were also anonymous. The ascriptions to Benjamin Franklin and John Ruskin are currently unsupported.

Image Notes: Illustration showing two red and white packages from qimono at Pixabay. Image has been resized and cropped.

(Great thanks to Eric Columbus whose inquiry led QI to formulate this question and perform this exploration. Columbus noted the existence of attributions to Benjamin Franklin and John Ruskin.)