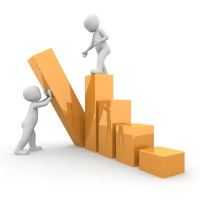 Success is a science; if you have the conditions, you get the result.

I was astonished to find that the words were attributed to the famous wit Oscar Wilde. The websites listing the quotation were useless. None of them presented a solid citation, and skepticism is a natural response. Would you please trace this quotation?

Quote Investigator: The ascription to Oscar Wide is correct.

The U.S. actress Marie Prescott agreed to take the leading role in Oscar Wilde’s play “Vera; or, The Nihilists”. “The New York Herald” in August 1883 published a promotional piece about the upcoming production of the play within the city. The newspaper reprinted portions of a letter Wilde sent to Prescott. Emphasis added to excerpts by QI: 1

I think we must remember that no amount of advertising will make a bad play succeed, if it is not a good play well acted. I mean that one might patrol the streets of New York with a procession of vermilion caravans twice a day for six months to announce that ‘Vera’ was a great play, but if on the first night of its production the play was not a strong play, well acted, well mounted, all the advertisements in the world would avail nothing.

My name signed to a play will excite some interest in London and America. Your name as the heroine carries great weight with it. What we want to do is to have all the real conditions of success in our hands. Success is a science; if you have the conditions, you get the result. Art is the mathematical result of the emotional desire for beauty.

In 1962 Rupert Hart-Davis published an extensive collection of “The Letters of Oscar Wilde”, and he included the letter to Prescott. 2
Hart-Davis was not certain when the letter was originally written, so he gave an estimate of March-April 1883. Also, Hart-Davis states that he took the text from “The New York Herald”.

In 1988 Richard Ellmann’s “Oscar Wilde” biography referred to the letter and reprinted the quotation: 3

He wrote out his letters to her carefully, and preserved some of his best mots, such as this one: ‘Success is a science; if you have the conditions, you get the result. Art is the mathematical result of the emotional desire for beauty.’

In conclusion, QI believes that Oscar Wilde should receive credit for this statement. It appeared under his name in “The New York Herald” in 1883.

Image Notes: An illustration of two figures building a bar graph from 3dman_eu at Pixabay.

(Great thanks to David Hirst whose inquiry led QI to formulate this question and perform this exploration.)