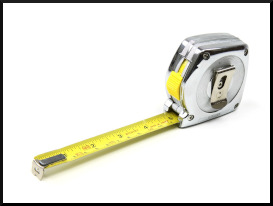 Dear Quote Investigator: The key to achieving equanimity and contentment in life is accurately assessing what is within your control and what is beyond your control. The following figurative adage is instructive:

You can’t do anything about the length of your life, but you can do something about its width and depth.

These words have been ascribed to quotation collector Evan Esar and acerbic pundit H. L. Mencken. Would you please explore this topic?

Quote Investigator: Evan Esar did include this saying in a collection he published in 1968, but it was already in circulation, and he did not craft it. H. L. Mencken did receive credit for the statement by the 1980s, but he died in 1956, and there is no substantive evidence that he coined it.

The earliest close match located by QI appeared in a California newspaper in 1924 which acknowledged the journal “Exchange”. The elaborate saying contained ten parts. The first nine parts were implicitly prefaced with the phrase “You cannot control”. Below are the first three parts together with the final part. Emphasis added to excerpts by QI:[1] 1924 August 14, Visalia Morning Delta, Contemporaneous Opinions: You Cannot Control, Quote Page 2, Column 2, Visalia, California. (Newspapers_com)

QI has not yet determined the issue of “Exchange” containing this saying. Nor has QI determined the identity of the creator. Thus, for now, the quotation remains anonymous.

The cry “hard times” covers a multitude of selfishness. You cannot control everybody else, but you can control yourself. Do it. Refrain from complaints and give your neighbor a chance to recover his lost nerve.

Life is Uncertain===So is the Future

A Twenty Pay Accumulation policy in the Provident Savings Life Assurance Society takes away all uncertainty from your future, and the future of your family.

In 1924 a multi-part saying containing a match appeared in a Visalia, California newspaper as noted previously. The periodical “Exchange” received an acknowledgment. The multi-part saying was reprinted in other newspapers such as “The Republican-Tribune” of Union, Missouri in 1926.[4] 1926 July 9, The Republican-Tribune, You Cannot Control, Quote Page 7, Column 5, Union, Missouri. (Newspapers_com)

You can’t control the length of your life, but you can control its width and depth.

You can’t control the contour of your countenance, but you can control its expression.

You can’t control the other fellow’s opportunities, but you can grasp your own.

You can’t control the weather, but you can control the moral atmosphere which surrounds you.

You can’t control the length of your life—but you can control its width and depth.

You can’t control the contour of your face—but you can control its expression.

You can’t do anything about the length of your life, but you can do something about its width and depth.

In September 1984 “Forbes” magazine printed a version of the saying on its recurring page dedicated to quotations called “Thoughts on the Business of Life”. A famous curmudgeon received credit:[9] 1984 September 24, Forbes, Volume 134, Number 7, Thoughts on the Business of Life, Quote Page 268, Column 2, Forbes Inc., New York. (Verified with hardcopy)

You can’t do anything about the length of your life, but you can do something about its width and depth.
H.L. Mencken

In 1985 a columnist in the “Chicago Metro News” of Illinois also ascribed the saying to Mencken:[10]1985 January 19, Chicago Metro News, Business in the Black: Charitable Contributions Are Trying To Grow / Reagan Wants Revenue of the Poor by Charles E. Belle, Quote Page 7, Column 1, Chicago, … Continue reading

“You can’t do anything about the length of your life, but you can do something about its width and depth,” H. L. Mencken made that statement.

In conclusion, the earliest instance of this saying was circulating by 1924. The creator was anonymous. Evan Esar helped to popularize the saying when he included it in a compilation in 1968. The attribution to H. L. Mencken is unsupported. Future researchers may locate new citations which push the date back and provide clues to the identity of the coiner.

Image Notes: Illustration of measuring tape from PublicDomainPictures at Pixabay. Image has been resized and retouched.

(Great thanks to Samuel LoPresto whose inquiry led QI to formulate this question and perform this exploration. LoPresto mentioned the attributions to Esar and Mencken.)