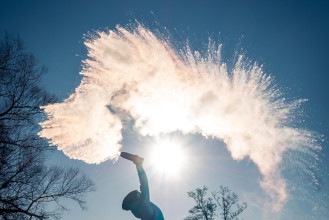 Fame is a vapor, popularity an accident, riches take wings, those who cheer today will curse tomorrow, only one thing endures–character.

These remarks have been credited to the well-known humorist Mark Twain and the prominent newspaper editor Horace Greeley. Would you please explore this topic?

Quote Investigator: Horace Greeley achieved his greatest fame as the founder and editor of the popular “New-York Tribune” of New York City. In his later years he published an autobiography titled “Recollections of a Busy Life” which was serialized in several newspapers. On December 4, 1867 the “Nashville Union and Dispatch” of Tennessee printed a section of Greeley’s book about the founding of the “Tribune” which included a discussion of the evanescence of fame. Emphasis added to excerpts by QI:[1] 1867 December 4, Nashville Union and Dispatch, Horace Greeley and His Paper: Recollections of a Busy Life, Quote Page 2, Column 3, Nashville, Tennessee. (Newspapers_com)

Fame is a vapor; popularity an accident; riches take wings; the only earthly certainty is oblivion—no man can foresee what a day may bring forth; and those who cheer to-day will often curse to-morrow; and yet I cherish the hope that the journal I projected and established will live and flourish long after I shall have moldered into forgotten dust, being guided by a larger wisdom, a more unerring sagacity to discern the right, though not by a more unfaltering readiness to embrace and defend it at whatever personal cost; and that the stone which covers my ashes may bear to future eyes the still intelligible inscription, “Founder of The New York Tribune.”

The saying has been linked to Mark Twain because he wrote a compressed version of the quotation in one of his personal notebooks. The phrase “riches take wings” was omitted. The general public obtained a glimpse into Twain’s private writings when his literary executor, Albert Bigelow Paine, released excerpts under the title “Mark Twain’s Notebook” in 1935. The saying was included:[2] 1935, “Mark Twain’s Notebook” by Mark Twain, Edited by Albert Bigelow Paine, Chapter 10: Egypt and Home, Quote Page 114, Harper & Brothers, New York. (Verified with hardcopy)

A multi-volume scholarly edition of “Mark Twain’s Notebooks & Journals” was published in the 1970s. The same quotation appeared with a different punctuation within a chapter that specified a date range of August to December 1867. Thus, Twain may have seen Greeley’s words in a newspaper:[3]1975, Mark Twain’s Notebooks & Journals, Volume I (1855-1873), Edited by Frederick Anderson, Michael B. Frank, and Kenneth M. Sanderson, Chapter 10: “The Camping Grounds of the … Continue reading

Fame is a vapor—popularity an accident—the only earthly certainty oblivion.

QI discussed this topic with Barbara Schmidt who is a Mark Twain quotation expert operating the website twainquotes.com. She remarked that within Twain’s notebook there were a few cryptic words about Greeley that were written close to the target quotation:[4]1975, Mark Twain’s Notebooks & Journals, Volume I (1855-1873), Edited by Frederick Anderson, Michael B. Frank, and Kenneth M. Sanderson, Chapter 10: “The Camping Grounds of the … Continue reading

Horace Greeley
crowded around him

Thus, it was possible that Twain saw Greeley, and he may have heard the quotation directly from him. Greeley delivered lectures in multiple locations in 1867, and Twain might have seen him while he was in Washington D.C. Overall, it seems likely that the quotation from Greeley reached either the eyes or the ears of Twain before he recorded it in a notebook.

The variant quotation under examination contains the phrase “only one thing endures–character”. That theme was circulating amongst religious orators in the 1890s. For example, the theme occurred in a sermon delivered in Akron, Ohio by Bishop C. H. Fowler of the Methodist Episcopal Church in September 1891:[6] 1891 September 21, The Akron Beacon and Republican, The Resurrection: Powerful Sermon Delivered by Bishop C. H. Fowler, Quote Page 4, Column 4, Akron, Ohio. (Newspapers_com)

There is yet another truth. Character is immeasurable in value. Some people don’t believe it and sell their characters for less than 30 pieces of silver. Only one thing endures; that is a character acceptable to God. Human destiny turns on the pivot of character.

In 1896 Reverend N. D. Hillis delivered a speech at the Central Music Hall in Chicago. He ascribed to Horace Greeley a modified version of text he wrote in his autobiography. The modified statement mentioned character; however, the original did not:[7] 1896 January 6, The Daily Inter Ocean, Life’s Only Prize: Character Is the One Possession That Men Should Covet, Quote Page 10, Column 1, Chicago, Illinois. (Newspapers_com)

Dying, Horace Greeley exclaimed, “Fame is a vapor, popularity an accident, riches take wings, those who cheer today will curse tomorrow, only one thing endures—character.” These weighty words bid us all remember that our task during this year will be the making of manhood.

Deathbed-type quotations are notoriously apocryphal. Horace Greeley died in 1872 which was more than a decade before Hillis’s sermon.

In 1935 an edition of “Mark Twain’s Notebook” was published as mentioned previously in this article. An instance of the quotation was included.

Fame is a vapor; popularity an accident; the only earthly certainty is oblivion.
P. 114—Mark Twain’s Notebook [1935 ed.]

FAME is a vapor, popularity an accident, riches take wings, those who cheer today will curse tomorrow, only one thing endures—character.
—Horace Greeley

Fame is a vapor, popularity an accident; the only earthly certainty is oblivion. —Mark Twain

In conclusion, Horace Greeley should receive credit for the words he wrote in his autobiography which was serialized in newspapers in 1867 and published in book form in 1868. A modified version of Greeley’s statement entered circulation by 1896. The modified version referred to character, but there is no direct evidence that Greeley employed the modified version.

Mark Twain wrote a compressed version of Greeley’s statement into his own personal notebook. When Twain’s version was released to the public in 1935 he began to incorrectly receive credit for the remark.

(Great thanks to Andy Stewart whose inquiry led QI to formulate this question and perform this exploration. Special thanks to Barbara Schmidt for sharing her knowledge with QI during a discussion of this topic via email. Schmidt has posted a note about the quotation on her website here. She acknowledged help from Noah Altshuler. All errors in this QI article are the responsibility of QI.)