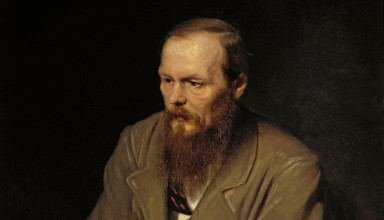 Dear Quote Investigator: The famous Russian novelist Fyodor Dostoevsky contended that simply staying alive would not make a person content. A person must find something to live for. Strictly speaking, this viewpoint was articulated by a character in a story by Dostoevsky and not by Dostoevsky himself. Would you please help me to find a citation?

Quote Investigator: “The Brothers Karamazov” by Fyodor Dostoevsky appeared in 1880. A crucial chapter of the book called “The Grand Inquisitor” is sometimes published as a freestanding work. The Imaginative scenario in the chapter depicts the Grand Inquisitor of the Spanish Inquisition confronting a Christ-like figure. The following passage is from a translation into English by Andrew H. MacAndrew. Boldface has been added:[1]1981, The Brothers Karamazov by Fyodor Dostoevsky, Translated by Andrew H. MacAndrew, Translation Copyright 1970, Book V: Pro and Contra, Chapter 5: The Grand Inquisitor, Quote Page 306 and 307, … Continue reading

This is something about which You were right. For the mystery of human existence lies not in just staying alive, but in finding something to live for. Without a concrete idea of what he is living for, man would refuse to live, would rather exterminate himself than remain on this earth, even if bread were scattered all around him.

An English translation by Constance Garnett appeared in 1912. Here is a longer excerpt:[3]1912, The Brothers Karamazov: A Novel in Four Parts and an Epilogue by Fyodor Dostoevsky, Translated from the Russian by Constance Garnett, Book V: Pro and Contra, Chapter V: The Grand Inquisitor, … Continue reading

In that Thou wast right. For the secret of man’s being is not only to live but to have something to live for. Without a stable conception of the object of life, man would not consent to go on living, and would rather destroy himself than remain on earth, though he had bread in abundance. That is true. But what happened? Instead of taking men’s freedom from them, Thou didst make it greater than ever! Didst Thou forget that man prefers peace, and even death, to freedom of choice in the knowledge of good and evil?

The mystery of human existence lies not in just staying alive, but in finding something to live for.
Fyodor Dostoevsky, The Brothers Karamazov

In conclusion, Fyodor Dostoevsky should receive credit for this quotation which appeared in “The Brothers Karamazov”. It can be translated from Russian to English in many different ways.

Image Notes: Detail of painting of Fyodor Dostoyevsky by Vasily Perov circa 1871. Image has been resized and cropped.

(The instance in Max Tegmark’s book led QI to formulate this question and perform this exploration.)