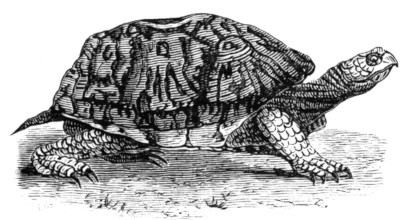 On October 13, 1945 “Collier’s Weekly” published a piece about Major General Leslie R. Groves who directed the Manhattan Project. The single word “Manhattan” was used in the article as a synecdoche for the project. The article claimed that the adage appeared as a caption of a picture that was affixed to the wall of an office that was used by participants in the project. Boldface added to excerpts by QI:[1] 1945 October 13, Collier’s Weekly, The Man Who Made Manhattan by Robert de Vore, Start Page 12, Quote Page 13, Column 1, The Crowell-Collier Publishing Company, Springfield, Ohio. (Unz)

Four days before the publication of the “Collier’s Weekly” article, a column appeared in a Decatur, Illinois newspaper that contained thematic matches in two passages. The columnist was only identified by the initials L. C. T., and QI believes that the picture caption described in “Collier’s Weekly” existed before this column was written:[2] 1945 October 9, The Decatur Daily Review, About Town by L. C. T., Quote Page 4, Column 4, Decatur, Illinois. (Newspapers_com)

Every time a turtle moves he sticks his neck out. When his neck isn’t out he isn’t going anywhere . . .

The man, like the turtle, who never “sticks his neck out,” may live long years. May even live a quiet and peaceful life, but he most certainly isn’t going to get anywhere.

And above all, you know that all of them, including the Army officers, are top-flight scientists, and are worthy of your respect and support. You are happy to know that the cartoon of the turtle with the caption, “Behold the turtle; he makes progress only when his neck is out,” which has been circulated all over the country, originated with your area engineer.

“Behold the turtle—he makes progress only when his neck is out. I say, let’s put ours out too.”

One of the key officers in the atomic-bomb project had an illustrated motto on his office wall. It showed a turtle lumbering along as rapidly as it could. And beneath the picture was this admonition, “Behold the turtle! He makes progress only when he sticks his neck out.”

One man who grasped the portent of the Fischer-Tropsch reaction and the Linde-Fraenkl process was P. C. Keith, president of Hydrocarbon Research, Inc. Keith, forty-seven this September, is a chunky Texan transplanted to New York.

In his office on lower Broadway he has a cartoon of a turtle hurrying down a road. The legend under it says: BEHOLD THE TURTLE! HE MAKES PROGRESS ONLY WHEN HIS NECK IS OUT. Engineering-wise, Keith has his neck out a good part of the time. As a credit to his daring thinking, it should be noted that it hasn’t been whacked off yet.

In December 1947 the “Honolulu Star-Bulletin” of Hawaii reported that the Honolulu Gas Company gave an award to a plant superintendent. The award was dubbed the Order of the Turtle medal, and the recipient was inducted into a new humorous secret society that was inspired by the adage:[7] 1947 December 29, Honolulu Star-Bulletin, Gas Company Lauds Originator of Saving Device, Quote Page 17, Column 5, Honolulu, Hawaii. (Newspapers_com)

“Behold the turtle! He makes progress only when his neck is out!”
This motto has given birth to a new “secret society,” a “society” which now has a total membership of one.

A TURTLE MAKES PROGRESS ONLY WHEN HIS NECK IS OUT!

In 1949 “The Boston Globe” reported that James B. Conant spoke at a conference celebrating the 75th anniversary of Wellesley College, and he mentioned the adage:[9] 1949 March 17, The Boston Globe, ‘Stick Neck Out’ to Advance Conant Advises at Wellesley by Frances Burns, Quote Page 1, Column 1, Boston, Massachusetts. (Newspapers_com)

“Behold the turtle! He only makes progress when his neck is out!”
That was one of the watchwords of atomic scientists during the war, President James Bryant Conant of Harvard said tonight before more than 2000 Wellesley College students, faculty and guests in Alumnae Hall.

In addition to his university career, Conant is assuming an ever more important role as a public figure in his own right. In this he seems to be guided by the motto of one of the scientific war-project staffs, which he was fond of quoting: “Behold the turtle: be makes progress only when his neck is out.”

In 1953 Dr. Clyde B. Moore, president of the Board of Education handed out diplomas to students at Ithaca High School in New York, and he mentioned the saying:[11] 1953 June 24, The Ithaca Journal, Seniors Urged To Make Ideals Work, Quote Page 5, Column 1,Ithaca, New York. (Newspapers_com)

He advised the graduates to follow the motto hanging in the office of James Bryant Conant, “Behold the turtle–he must stick his neck out if he’s ever to get anywhere”; to remember that courtesy is the best currency everywhere, and always to do the hard thing first.

BEHOLD the turtle. He makes progress only when he sticks his neck out.
—JAMES CONANT

When James B. Conant was president of Harvard University, he kept among other objects on his desk a little model of a turtle, under which was the inscription “Consider the turtle. He makes progress only when he sticks his neck out.”

In conclusion, the saying was first described in 1945 when it appeared as a humorous caption below the picture of a turtle. Apparently, it was crafted by a scientist, engineer, or manager working on the Manhattan Project. QI does not know the name of this individual, and it is even possible that adage existed before the project. James B. Conant used the expression in a speech in 1949, but he credited unnamed atomic scientists.

Image Notes: Illustration of a turtle from the 1887 book “Animal Life: In The Sea and On The Land” by Sarah Cooper. Image has been cropped, resized, and retouched.

(Great thanks to Schuyler W. Huck whose inquiry led QI to formulate this question and perform this exploration.)