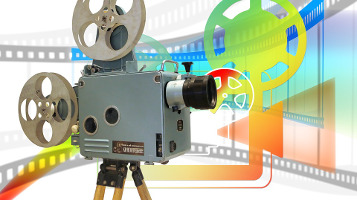 It is, in a way, unfair to complain that this drags a series of characters before us, they do their bit, and we never see them again; the plot demands it, and it is, qua plot, a good plot; it has a beginning, a middle, and an end, though they don’t come in that order and plausibility is a word in some other language.

In 1964 the “Los Angeles Times” of California published a review of “The Sun’s Attendant” by Charles Haldeman. The reviewer George W. Feinstein remarked on the novel’s “bewildering skipping about in time and in viewpoint”:[4]1964 March 25, The Los Angeles Times, The Book Report: An Interesting Entry in the Freudian Sweepstakes by Dr. George W. Feinstein (Associate Professor of English, Pasadena City College) Section 5, … Continue reading

Those who insist on Aristotle’s story formula—a beginning, a middle, and an end—will get those three goodies but not necessarily in that order.

The 1955 and 1964 citations were about specific works of art. Jean-Luc Godard’s rejoinder in 1966 was about storytelling in general:

If your idea of the perfect short story writer is still O. Henry or Maupassant you may be a bit shaken when you begin with Leonard Michaels. His stories all have a beginning, a middle and an end, but they do not always occur in that order any more than they do in life or in dreams.

“But Mr. Godard, doesn’t every film have a beginning, a middle, and an end?” the puzzled critic demanded of elusive Jean Luc. “Yes,” replied the cinema’s most outrageous rebel, “but not necessarily in that order.” Such freewheeling manipulation of time, space and memory has long been considered the personal province of the cinema.

In 1979 “New Scientist” published a piece by Chris Haws who had recently produced a program about time for the BBC. Haws elevated the saying to aphorism status:[7] 1979 May 3, New Scientist, Volume 82, It was about time by Chris Haws, Start Page 352, Quote Page 353, Column 1, IPC Magazines, London. (Google Books Full View)

It has often been said that all programmes should have a beginning, a middle and an end, although not necessarily in that order, and as is so often the case with such well worn aphorisms, its attraction lies not in its quotability but in the way in which it accurately summarises the problem.

Every play needs to have a beginning, middle, and an end. Jean-Luc Godard said, “Not necessarily in that order”, and that’s why French movies are so effing boring.

In conclusion, Jean-Luc Godard deserves credit for this rejoinder applied in a general fashion. Peter Dickinson referred to the jumbled order of the beginning, middle, and end of a specific film, “Confidential Report”, in “Punch” in 1955. Also, George W. Feinstein referred to the disordered elements of the book “The Sun’s Attendant” in 1964.

(Quotation expert Nigel Rees wrote about this quotation in “Brewer’s Famous Quotations” and in his newsletter of January 2020. Rees identified the 1955 precursor and presented a 1970 citation from a correspondent. He also noted indirect evidence that the remark was spoken during an exchange between Clouzot and Godard at Cannes circa 1965.)