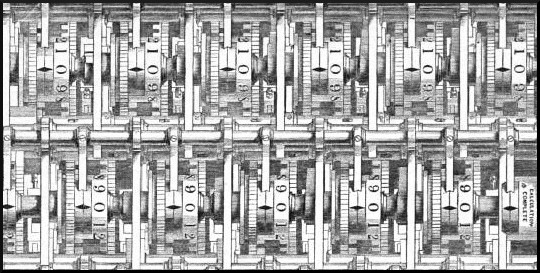 Quote Investigator: In May 1972 M.I.T. computer scientist Joseph Weizenbaum published a piece in the journal “Science” titled “On the Impact of the Computer on Society”. Weizenbaum believed that retaining the autonomy, freedom, and dignity of humans was essential to civilization. He also thought that the advent of advanced computer systems need not undermine the perceived worth of human life. Yet, he feared that the elevation of crude and over-simplified computer models of human behavior such as those developed by the 1970s might damage societal values. Boldface added to excerpts by QI:[1]1972 May 12, Science, Volume 176, Number 4035, On the Impact of the Computer on Society by Joseph Weizenbaum, Start Page 609, Quote Page 610, Column 3, American Association for the Advancement of … Continue reading

Weizenbaum published an op-ed in “The New York Times” in May 1972 that included the quotation. Once again a precise attribution was not supplied:[3] 1972 May 28, New York Times, ‘It’s Your Dream’ by Joseph Weizenbaum, Quote Page E13, Column 3, New York. (ProQuest)

The root of the widespread anxiety associated with the computer may be found in a famous computer scientist’s assertion that “the brain is merely a meat machine.”

In 1973 C. C. Gotlieb and A. Borodin published “Social Issues in Computing”, and they attributed the saying to Marvin Minsky within a footnote which cited the ‘Science” article:[5]1973, Social Issues in Computing by C. C. Gotlieb and A. Borodin (Department of Computer Science, University of Toronto, Toronto, Canada), Chapter 13: Values, Technology, and Computers, Footnote 14, … Continue reading

Minsky’s more provocative statement that “the brain is merely a meat machine” has attracted considerable attention. J. Weizenbaum [see On the impact of computer on society, Science 176, 609-614 (1972)] believes that the fact such a statement has caused so much excitement is evidence that we are now at the beginning of “a crisis in the mental life of our civilization”; man’s image of himself is in serious danger.

In 1975 the saying appeared in the “ACM SIGSOC Bulletin”. The initialism ACM referred to the Association for Computing Machinery, and the acronym SIGSOC referred to the Special Interest Group for Social and Behavioral Science Computing. Joel W. Goldstein wrote the piece containing the quotation, and he cited the “Science” article:[6]1975 December, ACM SIGSOC Bulletin, Computing and our relationship to work by Joel W. Goldstein (National Institute of Mental Health), Start Page 10, Quote Page 12, A Publication of the Special … Continue reading

Weizenbaum (1972) has eloquently argued that computer technology once again changes in a highly significant way our view of our place in the universe. He ponders the effects on us and the meaning to us of the blurring of the distinction between man and machine made by some computer scientists. In one of its more notable and arrogant forms this blurring has been rendered as: “the brain is merely a meat machine” (c.f. Weizenbaum, 1972).

“The brain,” MIT’s Marvin Minsky declared a few years ago, “happens to be a meat machine.” The phrase seems to have shocked a lot of people—and given Minsky’s delight in provoking anyone within earshot, it was probably so intended.

In 1982 physicist and science writer Jeremy Bernstein published a collection of essays titled “Science Observed”. His profile of Minsky included an instance of the saying:[9] 1982, Science Observed: Essays Out of My Mind by Jeremy Bernstein, Chapter 2: About Intelligent Machines, Quote Page 44, Basic Books Inc., New York. (Verified with scans)

A few years ago, Marvin Minsky made a remark that many people, especially those who believe that thought—intelligence—can never be mechanized, found deeply troubling. Minsky said, “The brain happens to be a meat machine.” Minsky has a fairly low tolerance for what he considers to be nonsense. The idea that it is somehow impossible to understand the mind he regards as nonsense.

The scientists who are trying to discover all the effective procedures that will enable a computer to function like a man believe that such things as love, flattery or piety can be defined mechanistically. Marvin Minsky of MIT describes the brain as a “meat machine.” His colleagues like to say that machines are things that clank, while the brain just clanks more softly.

Twenty years ago, Minsky and his colleagues were misfits in the world of computing. While others applied computing techniques to engineering and business, artificial intelligence specialists spoke of replacing the human mind, a “meat machine,” with their more efficient electronic models, of creating nothing less than a new species for the planet.

“The brain happens to be a meat machine,” is a statement that artificial intelligence pioneer Marvin Minsky has attributed to his colleague from Massachusetts Institute of Technology, Edward Fredkin. Although perhaps intended to shock, this statement has a kernel of truth for those who have worked in the field of artificial intelligence and have looked at the brain in much this manner.

In conclusion, QI believes that this saying should be ascribed to Marvin Minsky based on the citations from the 1970s. However, QI has not yet found a citation pointing to an instance written or spoken directly by Minsky. The instances in Weizenbaum’s 1972 “Science” article and McCorduck’s 1979 book both have support, but QI does not know which is best. Currently, the linkage to Edward Fredkin is weak.

Image Notes: Image from a woodcut of a small portion of Charles Babbage’s Difference Engine, No.1. Image has been cropped, resized, and retouched.

(Great thanks to William J. Rapaport whose inquiry led QI to formulate this question and perform this exploration. Rapaport mentioned the attributions to Marvin Minsky and Edward Fredkin.)