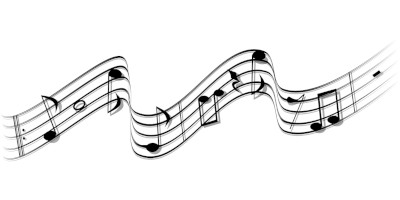 Dear Quote Investigator: Music can express thoughts and emotions which cannot be captured by words alone according to some romantic souls. Here are two versions of this sentiment:

Many people have been credited with this adage including the famous German composer Richard Wagner. Would you please explore the linkage to Wagner?

Quote Investigator: This is a large topic, and this article will focus on Richard Wagner’s use of the expression. A separate article located here provides an overview. Note that Wagner did not coin this adage.

’Tis a great misfortune that so many people take the useless trouble to confound the musical with the poetic tongue, and endeavour to make good or replace by the one what in their narrow minds remains imperfect in the other. It is a truth for ever, that where the speech of man stops short there Music’s reign begins. Nothing is more intolerable, than the mawkish scenes and anecdotes they foist upon those instrumental works.

It is an eternal truth that music begins where speech ends. Nothing is so intolerable as those tasteless pictures and stories with which some people try to buttress instrumental works.

Wagner died in 1883, and some of his writings were published posthumously. In 1899 William Ashton Ellis published his translation of Wagner’s jottings on the title page of the manuscript of “Die Kunst und Die Revolution” (“Art and Revolution”). The manuscript was published in 1849, but it is unclear when the jottings were made. Wagner penned this alternative contradictory remark about music:[5]1899, Richard Wagner’s Prose Works, Volume 8: Posthumous, Etc., Translated by William Ashton Ellis, Part 4: Sketches and Fragments, Section IB: A Title-Page, (Jottings on the title page of the … Continue reading

It is therefore instructive to turn to one of those newspaper articles which Wagner wrote when he was in Paris in 1840 and 1841; there we shall find, and in reference to Beethoven, a singularly clear anticipation of almost everything that he was afterwards to say on the inner meaning of music. Why, he asks, should people ‘take the useless trouble to confound the musical with the poetic tongue,’ seeing that ‘where the speech of man stops short, there music’s reign begins ’?

In 1936 music columnist Thomas Archer of “The Gazette” in Montreal, Canada attributed an instance of the saying to Wagner:[7]1936 May 30, The Gazette, Intellectual Excursion: Arguing That Words Cannot Describe the Beauty of Music nor Foretell Its Wonders by Thomas Archer, Quote Page 6, Column 6, Montreal, Quebec, Canada. … Continue reading

For, as Wagner declared, where music begins, words cease to function. No one has succeeded in describing a beautiful tune in words. No “programme” has ever done more than hint at the meaning of the music it is supposed to describe. Music is the most emotional and the most mysterious of all arts.

It is a superb example of what Wagner meant when he said that music begins where words end.

In conclusion, Richard Wagner did employ this saying within a story he published in 1841. However, he did not coin this saying. An English version was circulating by 1835.

Interestingly, Wagner’s first publication of the statement was in French and not German. The adage was spoken by a character in the tale “Une Soirée Heureuse” (“A Happy Evening”) in the Paris periodical “Revue et Gazette Musicale”.

Wagner also penned conflicting remarks on this topic on the title page of the manuscript of “Die Kunst und Die Revolution” (“Art and Revolution”). His jottings were published posthumously.