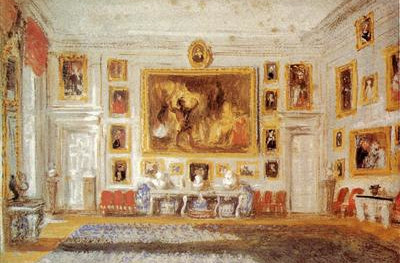 Dear Quote Investigator: People spend many hours in their homes. The fashion icon Coco Chanel (Gabrielle Chanel) recommended beautifying one’s abode. She said something like this:

Our homes are our prisons; one finds liberty in their decoration.

This saying resonates powerfully in 2020 because of the Covid-19 restrictions. Would you please help me to find the original version in French?

Our homes are our prisons; let us find freedom in their decoration.

Below is one additional citation followed by the conclusion.

It was during visits to La Pausa that Reverdy helped Chanel compile a series of maxims that would years later be published in Vogue. Earlier, she had written articles for Parisian women’s reviews: Le Miroir du monde. Les Femmes et le sport, and Le Nouveau Luxe. Now, in middle age, she wanted to do something literary . . . The maxims included: “Our homes are our prisons; one finds liberty in their decoration.” “One can get used to ugliness—never neglect.”

In conclusion, the original French version of the adage appeared in a piece by Coco Chanel published in the September 1938 issue of “Vogue”. The saying can be translated into English in several different ways. Two versions are shown above.

Image Notes: Painting by J.M.W. Turner titled “Petworth, the Drawing Room” circa 1828. Image has been cropped and resized.

(Great thanks to the anonymous person who requested the exploration of a large number of quotations attributed to Coco Chanel. This led QI to formulate this question and perform this exploration.)