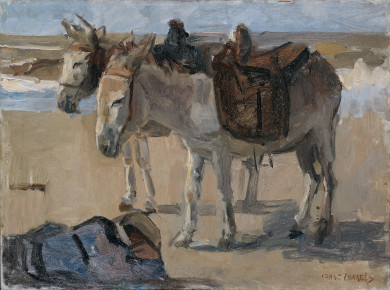 John Glick, store manager, uses this frequently in his managerial training program. “Get facts,” he says, “Don’t Assume. Because when you do you make an ASS of U and ME.”

Mister, when you have an important job to do never assume. When you look at the word you can see it is made up of three parts—ass u and me. When you rely on assumptions, sooner or later it will make an ass of both of us.

“Do you know what happens when a newspaper reporter assumes the accuracy of something he should have checked? He makes an ass out of you and me. Here, I’ll show you.”

He then takes pencil in hand, and writes “assume”, to be read aloud, as follows: “ASS-U-ME.”

In 1973 the television series “The Odd Couple” included the joke within an episode titled “My Strife in Court”.[5]U.S. Television Series: The Odd Couple, Season 3, Episode 19, Executive producers: Garry Marshall and Jerry Belson, Episode Title: My Strife in Court, Episode writers: Lowell Ganz and Mark Rothman, … Continue reading The character Felix Unger played by Tony Randall wrote the word “ASSUME” on a blackboard, and he delivered the punchline while circling “ASS”, “U”, and “ME” in sequence:[6]YouTube video, Title: Felix Unger Assume, Uploaded on April 7, 2012, Uploaded by: shortvideos, (Quotation starts at 1 minute 2 seconds of 1 minutes 41 seconds) (This video excerpt is from “The … Continue reading

Miss Olem, you should never assume because when you assume you make an ass of you and me.

Remember Oscar Wilde’s words, “When you assume, you make an ass out of u and me.”

In conclusion, the earliest instance located by QI appeared in the advertising copy of an automobile insurance company in 1957. QI doubts that the joke was crafted by this particular copywriter. Thus, QI suggest that the attribution remains anonymous. Also, the ascription to Oscar Wilde is unsupported.

Image Notes: Public domain image of a painting of “Two donkeys” by Isaac Israels circa 1901. Image has been resized.

(Great thanks to Lee Spilberg whose inquiry led QI to formulate this question and perform this exploration. Spilberg told QI about the episode of “The Odd Couple” containing the joke. Also, thanks to mailing list discussants Jim Landau, Barry Popik, Laurence Horn, Dave Wilton, and John Baker.)