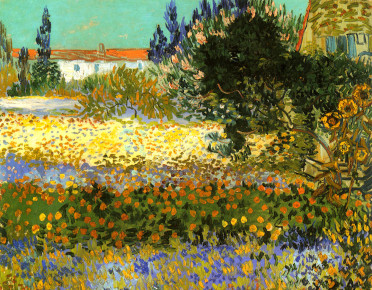 Dear Quote Investigator: The cosmetics entrepreneur Madam C. J. Walker once spoke to a journalist about her enormous accomplishments. She indicated that her pathway to success was not strewn with flowers, and her ascent required hard work and sleepless nights. Would please help me to find a citation?

What wealth is hers, she says, had been acquired through perseverance, persistency, and hard work. “Perseverance”, she remarked the other day, “is my motto.” . . .

“I was born forty-nine years ago,” she said in speaking of her life, “was married at 14, and was left a widow at 20 with a little girl to support. If I have accomplished anything in life it is because I have been willing to work hard. I never yet started anything doubtingly, and I have always believed in keeping at things with a vim.

At another time when asked about her great success Madam Walker said, “There is no royal and flower strewn road to success, and if there is I have not found it for what success I have obtained is the result of many sleepless nights and real hard work. I had all kinds of doubters and skeptics to deal with; the principal obstacle I had to deal with was the traditional distrust and incredulity of the public, owing to their having often been deceived with worthless preparations  . . .

Walker died in May 1919 a few months after the article above was printed.

There is no royal road to geometry.

In 1920 the London publication “Answers” employed the variant phrase “rose-strewn path” to comment on the difficulty of careers in cinema:[4] 1920 May 22, Answers, Volume 64, Issue 26, Filming “Bleak House”; Some Scenes Were Taken on the Embankment by Constance Collier, Quote Page 617, London, England. (ProQuest)

Cinema acting isn’t always a rose-strewn path to success. A picture isn’t always taken at a picnic in a picturesque and sunny Californian valley, nor at the end of a friendly gossip in a warm and comfortable studio.

In 1933 the colorful phrase was applied to a retiring school teacher by a newspaper in Lancashire, England:[5] 1933 December 15, The Nelson Leader, A Schoolmaster Retires, Quote Page 6, Column 1, Lancashire, England. (British Newspaper Archive)

He had no rose-strewn path to success. His early years were hard and difficult, but he never shirked the challenge, and became, as we now know, one of the best-known educationists in North-East Lancashire.

“I never yet started anything doubtingly, and I have always believed in keeping at things with a vim. There is no royal flower-strewn road to success, and if there is I have not found it, for what success I have obtained is the result of many sleepless nights and real hard work.”

There is no royal flower-strewn path to success. And if there is, I have not found it, for if I have accomplished anything in life it is because I have been willing to work hard.
—Madame C. J. Walker

In conclusion, Madam C. J. Walker (Sarah J. Walker) should receive credit for the remarks in the 1917 and 1919 citations. Some instances of the quotations currently circulating use slightly different phrasing. It is possible that Walker changed her phrasing during different interviews. Alternatively, the alterations were inadvertently introduced over time.

Image Notes: Public domain painting of “Flowering Garden” by Vincent van Gogh circa 1888. Image has been cropped and resized.

(Great thanks to Sue Ferrara whose inquiry led QI to formulate this question and perform this exploration. Thanks to Tim Marschall Jones and John Simpson who pointed to the Euclid citation.)