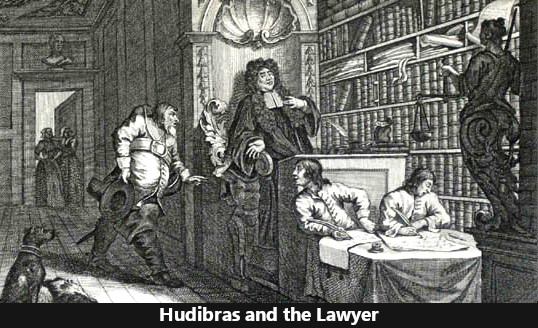 Dear Quote Investigator: There is a family of sayings about the difficulty of compelling obedience. Here are three instances:

A man convinced against his will,
Is of the same opinion still.

Those convinced against their will,
Are of the same opinion still.

He that complies against his will,
Is of his own opinion still.

The meanings of the two words “convinced” and “complies” are dissimilar; hence, the implications of these sayings are distinct. Would you please explore this topic?

Quote Investigator: The first member of this family to enter circulation employed the word “complies”. The saying appeared in the long mock-heroic work “Hudibras” by the seventeenth-century English poet Samuel Butler. The three parts of this work were combined into a single edition published in 1684. Boldface added to excerpts by QI: 1

A separate article about the above saying is available here.

This article will concentrate on the variants of this couplet containing the word “convinced”. For example, in 1786 “The Belfast Mercury” of Belfast, Northern Ireland published a letter from T. B. to the editor containing the following instance: 2

… the saying of the satirical poet,
“A man convinced against his will,
Is of the same opinion still.”

QI believes that the letter writer was misremembering the couplet from Samuel Butler’s “Hudibras”.

In 1811 a speech by U. S. Senator John Pope appeared in a Philadelphia, Pennsylvania newspaper. Pope spoke in favor of maintaining the Bank of the United Sates. Unfortunately, he misquoted “Hudibras” during his oration: 3

… the sentiment contained in two lines of Hudibras—“He that is convinced against his will is of the same opinion still.”

In 1822 the “Alexandria Herald” of Alexandria, Virginia published this variant incorrectly attributed to “Hudibras”: 4

But as we think with Hudibras, that
“Those convinced against their will
Are of the same opinion still,”
we shall not put our wits to work for nought.

In 1840 “Southern Ladies’ Book: A Magazine of Literature, Science and Arts” printed this variant: 5

“I suppose that I may thank Mr. Duncan’s gallantry for this concession; but it is said, ‘that one convinced against his will is of his own opinion still.’ By a little perseverance on my part, I may possibly make you willing to be convinced.”

In 1874 an essay in “The Chicago Daily Tribune” examined the controversy concerning who wrote Shakespeare’s plays. The piece contained another variant expression: 6

However much the believers in Bacon may strive, they will find, in general, that their readers are convinced against their will, and are of the same opinion still.

In 1968 “Dictionary of Quotations” compiled by Bergen Evans included the Hudibras quotation together with a discussion of a common variant: 7

Often misquoted as “A man convinced against his will / Is of the same opinion still.”

But, of course, a man can’t he convinced against his will. Many an honest man has been convinced, by irrefutable evidence, against his deepest wish to believe otherwise. But that is not what is meant by either Butler’s distich or its popular perversion.

In conclusion, Samuel Butler deserves credit for the couplet using the word “complies” which appeared in his poem “Hudibras”. Subsequently, couplets containing the word “convinced” emerged, and no single creator achieved clear precedence. “The Belfast Mercury” of Northern Ireland printed an instance in 1786, and variant phrasings have proliferated.

Image Notes: Public domain illustration circa 1725 by William Hogarth depicting Sir Hudibras and a lawyer. Image has been cropped and resized.

(Great thanks to Peter G. Epps whose tweet led QI to formulate this question and perform two tasks. QI conducted one exploration for this saying and another exploration for “He that complies against his will, is of his own opinion still”. Also, thanks to previous researchers Burton Stevenson, Bergen Evans, and Barry Popik who highlighted the misquotation.)