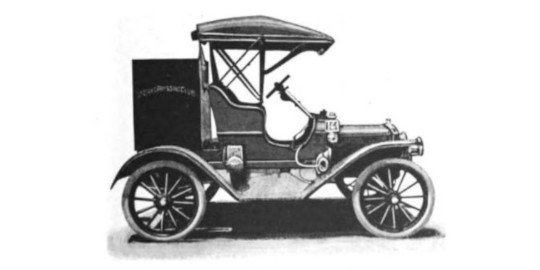 Quote Investigator: In 1922 Sarah T. Bushnell published the biography “The Truth About Henry Ford”. She included a story about attorney Horace Rackham whose law firm drew up the incorporation papers for Henry Ford’s automobile company in 1903. Rackham was asked to become an investor, but his health was poor, and he feared risking his precious savings. So he visited an unnamed leading banker to obtain advice. Boldface added to excerpts by QI:[1] 1922, The Truth About Henry Ford by Sarah T. Bushnell, Chapter 4: The First Car and the First Race, Quote Page 55 to 57, The Reilly & Lee Company, Chicago, Illinois.(Google Books Full View) link

The horse is here to stay. Good strong, serviceable horses will be in demand at fair prices, despite all competition of bikes and trolley cars. Those who recognize this fact and breed from heavy sires will make fair profit in the years to come.

In 1901 “The Youth’s Companion” of Boston, Massachusetts published a short item about the reception of automobiles in England. The piece asserted that horses would endure. Yet, electric cars might succeed if batteries were improved:[3] 1901 August 22, The Youth’s Companion, Volume 75, Number 34, Current Topics, Quote Page 412, Perry Mason Company, Boston, Massachusetts. (HathiTrust Full View) link

In England the automobile comes into favor less rapidly than on the Continent. A London writer calls it “a fad, and an extremely dirty, dusty, uncomfortable fad,” and a nuisance on the public ways. He thinks it will be many years before “these crude, impracticable machines” displace in the Englishman’s affections “a fine trotting-horse and a smart trap.” No doubt the horse is here to stay, and no doubt the automobile is still in its clumsy beginning; but just wait a little, till the problem of a light and cheap storage-battery has been solved.

In 1903 Horace Rackham spoke to a leading banker who advised him that the automobile was a fad according to Bushnell’s biography of Henry Ford as discussed previously in this article.

Belief in the superiority of horses for crucial delivery tasks was still being expressed in 1913 within a article in “The Country Gentleman” of Philadelphia, Pennsylvania:[4]1913 June 7, The Country Gentleman, Volume 78, Number 23, Speaking Up for Dobbin: The Auto Has Come, But the Horse is Here to Stay by J. H. S. Johnstone, Start Page 878, Quote Page 878, Column 2 and … Continue reading

For milk and kindred deliveries the automobile is a poor substitute for the horse. For long hauls on good pavement with light or heavy loads the gas wagon has already superseded the horse, though not by reason of its greater economy of operation. For short hauls or trips in which many stops must be made the gas wagon can never displace the horse.

The writer also doubted the continuing availability of gasoline. Interestingly, the potential of electric vehicles was mentioned:

Another thing—the amount of gasoline available will limit absolutely the number of self-propelled gas wagons that can be used. If ever the horse is displaced it is electricity that will turn the trick. And the battery light enough to permit of its use as a practical tractor in farm work has not yet been found.

“The horse is here to stay, but the automobile is only a novelty—a fad.”
—President of the Michigan Savings Bank, advising Horace Rackham (Henry Ford’s lawyer) not to invest in the Ford Motor Company, 1903

Throwing caution to the winds, Rackham disregarded his banker’s advice and bought $5,000 worth of stock. When he sold his shares several years later, they were worth $12.5 million.

“The Experts Speak” asserts that the incorrect prediction was made by the President of the Michigan Savings Bank; however, the 1922 citation only uses the descriptive phrase “leading banker”. QI does not know the source of the more precise identification.

The horse is here to stay, but the automobile is only a novelty — a fad.
Advice given to Henry Ford’s lawyer, Horace Rackam, by an unnamed president of Michigan Savings Bank in 1903.

In conclusion, there is substantive evidence that a leading banker did make a wildly inaccurate prediction about the future of the automobile circa 1903. The evidence appears in Sarah T. Bushnell’s 1922 biography of Henry Ford. Bushnell acknowledged the cooperation of Horace Rackham in the creation of the book. Thus, QI thinks that the anecdote was provided to Bushnell by Rackham. The book only used the imprecise description “leading banker”. Perhaps Rackham provided additional details somewhere else. Future research may clarify the identity of the banker.

Image Notes: Public domain picture of a Model S Roadster modified to facilitate clothes delivery. Image appeared on page 3 of the November 15, 1908 issue of “Ford Times” published by the Ford Motor Company. Image has been resized.

(Great thanks to Lorenzo Colombo whose inquiry led QI to formulate this question and perform this exploration.)