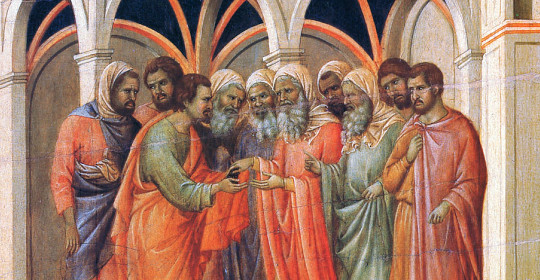 Dear Quote Investigator: An ill-intentioned biography is indistinguishable from a character assassination. The famous wit Oscar Wilde crafted a pertinent line on this topic. Here are three versions:

Would you please help me to determine which version is accurate?

Every great man nowadays has his disciples, and it is usually Judas who writes the biography. Mr. Whistler, however, is more fortunate than most of his confrères, as he has found in Mr. Walter Dowdeswell the most ardent of admirers, indeed, we might almost say the most sympathetic of secretaries.

Wilde employed this line on at least three different occasions, but he varied the phrasing slightly. Below are selected citations in chronological order.

In July 1890 Wilde published “The True Function and Value of Criticism” in the journal “The Nineteenth Century”. Wilde presented a dialogue between the characters Gilbert and Ernest who were identified by the abbreviations G and E. In the excerpt below “Boswell” referred to James Boswell who wrote an acclaimed multi-volume biography of his good friend lexicographer Samuel Johnson. Wilde replaced the word “usually” with “invariably”: 2

E. But do you seriously propose that every man should become his own Boswell? What would become of our industrious compilers of Lives and Recollections in that case?

G. What has become of them? They are the pest of the age, nothing more and nothing less. Every great man nowadays has his disciples, and it is invariably Judas who writes the biography.

In 1891 Wilde published a collection of his essays in the book “Intentions”. The 1890 essay was retitled “The Critic As Artist, Part I”. Also, the text was revised. Wilde replaced “invariably” with “always”: 3

Every great man nowadays has his disciples, and it is always Judas who writes the biography.

In 1895 a collection of Wilde’s bon mots were privately printed in London under the title “Oscariana: Epigrams”. The book included the version of the quotation from 1891: 4

The Critic as Artist.
Every great man now-a-days has his disciples, and it is always Judas who writes the biography.

In 1902 the New York journal “The Critic” printed a note from Arthur Pendenys containing a version of the witticism without attribution: 5

Let us hope that a suitable biographer of Mr. Rhodes will be found. A great man has many disciples, but unfortunately it is generally Judas who writes the biography. We want neither Judas nor Mary Magdalen. All that is essential of both praise and blame could be told of Mr. Rhodes in a volume of three hundred pages.

In 1913 “The New Statesman” of London printed an article with the following counter-intuitive suggestion: 6

Biography, said a high authority the other day, should be written by an acute enemy.

The above saying is usually attributed to statesman Arthur James Balfour. A QI article about the quotation attributed to Balfour is available here.

In 1948 “The Macmillan Book Of Proverbs, Maxims, And Famous Phrases” printed a variant using the plural “biographies” credited to Wilde: 7

Every great man nowadays has his disciples, and it is always Judas who writes the biographies.
Oscar Wilde, The Critic as Artist. (1891)

In 1969 the scholar Richard Ellman published a collection of Wilde’s writings about criticism. The collection included the 1887 essay “The Butterfly’s Boswell” containing the original version of the quotation under examination. The collection was also reprinted in 1982. 8

In conclusion, this remark should be credited to Oscar Wilde. He employed three different versions. The version with “usually” occurred first.

Image Notes: Public domain painting of “The Betrayal of Judas” by Duccio di Buoninsegna circa 1308-1311. Image has been resized and cropped.

(Great thanks to Edgar I whose tweet about a thematically related quotation attributed to Arthur James Balfour led QI to formulate this question and perform this exploration. Thanks to editor Robert Andrews of the “The Columbia Dictionary of Quotations” (1993) and editor Fred R. Shapiro of “The Yale Book of Quotations” (2006) who both pointed to the lesser-known 1887 citation.)