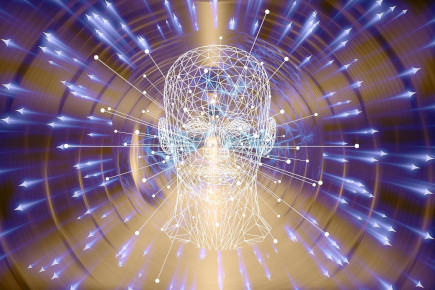 So Hiro’s not actually here at all. He’s in a computer-generated universe that his computer is drawing onto his goggles and pumping into his earphones. In the lingo, this imaginary place is known as the Metaverse. Hiro spends a lot of time in the Metaverse.

When Hiro Protagonist described a scene in the metaverse Stephenson explained that the scene was an electronic illusion: 2

He is not seeing real people, of course. This is all a part of the moving illustration drawn by his computer according to specifications coming down the fiber-optic cable. The people are pieces of software called avatars. They are the audiovisual bodies that people use to communicate with each other in the Metaverse.

The main cartographical structure of Neal Stephenson’s metaverse was “The Street”: 3

Hiro is approaching the Street. It is the Broadway, the Champs Elysees of the Metaverse. It is the brilliantly lit boulevard that can be seen, miniaturized and backward, reflected in the lenses of his goggles. It does not really exist. But right now, millions of people are walking up and down it.

“Cyberspace. A consensual hallucination experienced daily by billions of legitimate operators, in every nation, by children being taught mathematical concepts … A graphic representation of data abstracted from the banks of every computer in the human system. Unthinkable complexity. Lines of light ranged in the nonspace of the mind, clusters and constellations of data.”

In 2021 Mark Zuckerberg employed the word “metaverse” when he discussed the future direction of his company: 5

The next platform will be even more immersive — an embodied internet where you’re in the experience, not just looking at it. We call this the metaverse, and it will touch every product we build.

In conclusion, Neal Stephenson employed the word “metaverse” to refer to a futuristic advanced virtual-reality technology in his 1992 novel “Snow Crash”. The Facebook company (now named Meta) hopes to build a platform similar to this conjectural metaverse.

Image Notes: Public domain illustration of virtual reality from geralt at Pixabay. Image has been resized.