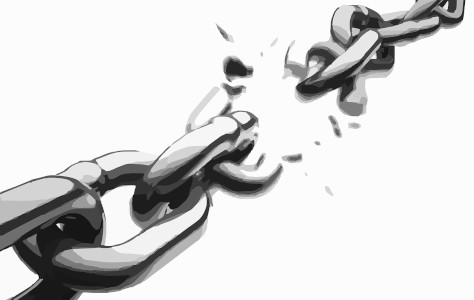 Dear Quote Investigator: You must be willing to take constructive actions to resolve your own problems. If you rely solely on the help of others you will be disheartened. Also, if you depend solely on supernatural intervention you will be disappointed.

The great orator Frederick Douglass provided a cogent anecdote. When he was held in bondage he frequently prayed for freedom. Yet, he only achieved freedom when he took action and prayed with his legs, i.e., he successfully ran away.

I am having trouble finding solid citations for this tale. Would you please help?

We want practical religion—religion that will do something. When I commenced praying with my legs, I felt the answer coming down.

See the 1876 citation further below for a pertinent excerpt from a later speech by Frederick Douglass. Here are additional selected citations in chronological order.

An interesting incident, said to have occurred in the life of Frederick Douglass, will illustrate the superior efficacy of this kind of prayer. Some time before his escape from bondage he was accustomed to go daily to a particular place where he prayed earnestly for deliverance. One day the form of his prayer was interrupted by a mysterious voice which recommended the adoption of the practical method, saying—with a peculiar emphasis—“Frederick! pray with your legs!” Frederick was very naturally astonished, and, for a moment, bewildered; but at length, concluding to act on the suggestion, he achieved his freedom.

When I was a slave I tried praying for three years. I prayed that God would emancipate me, but it was not till I prayed with my legs that I was emancipated. There is nothing like genuine, indefatigable work. No man ought to want some kind friend to put a springboard under him. The man who will lift himself up will be helped up.

In 1880 “The Index: Liberty and Light” of Boston, Massachusetts printed a piece that mentioned the anecdote. The name “Douglass” was misspelled as “Douglas”:[4]1880 May 20, The Index: Liberty and Light, Volume 11, Number 543, A Remarkable Declaration, (Acknowledgment to Madison Democrat of Wisconsin), Quote Page 245, Column 3, Boston, Massachusetts. (Google … Continue reading

Frederick Douglas says he prayed earnestly for freedom, but never effectively until he prayed with his legs, and then he escaped, and reached the dominions of anti-slavery.

Fred Douglass when in slavery, often prayed for freedom, but he said “I saw no scintillation of an answer to my prayer, till I prayed with my legs, and then I saw the answer in the dust I left behind me.”

Frederick Douglass, after reaching freedom, was asked if he prayed for liberty, and he answered: “I prayed with all my might—I prayed with my legs!”

He used to say in his early lectures, that he had offered many prayers for freedom; but he did not get it, until he prayed with his legs.

Douglass died in 1895, and in 1896 the City Council of Boston, Massachusetts published “A Memorial of Frederick Douglass” which included a personal reminiscence by friend Richard Theodore Greener:[8]1896, A Memorial of Frederick Douglass from the City of Boston, Section: Personal Reminiscences by Prof. Richard Theodore Greener, Quote Page 87, Printed by Order of the City Council, Boston, … Continue reading

… Mr. Douglass will be found never to have been careless in the form of his thought, never negligent in his method, and almost invariably accurate and even elegant in choice and application of words; while some of his aphorisms are worthy of Victor Hugo himself, and will live in American literature.

Greener presented some remarks he had heard from Douglass:

One, with God, is a majority

I began to pray with my legs

Frederick Douglass.
I prayed for freedom twenty years but received no answer until I prayed with my legs.

“It recalled the statement of the well remembered Frederick Douglass, who said: ‘I had prayed all my life for freedom, (being an escaped slave) hut it remained unanswered until I prayed with my legs’.

“The moral in all cases of prayer is, that they are but useless agitations of the atmosphere until man himself starts out to produce the answer.”

They said it
“I prayed for twenty years but received no answer until I prayed with my legs.” —Frederick Douglass

In conclusion, there is substantive evidence that Frederick Douglass did mention praying with his legs based on the 1859 and 1876 citations. The quotation in 1876 seems to be the most complete. The other citations in this article provide indirect evidence.

Image Notes: Public domain illustration of a broken chain from Clker-Free-Vector-Images at Pixabay.

(Great thanks to Jennifer Yuan whose inquiry led QI to formulate this question and perform this exploration. Yuan saw an instance of the saying in the “3-2-1 newsletter” of best-selling author James Clear dated September 30, 2021. Clear noted that the remark had been attributed to Douglass, but he was uncertain of the source.)