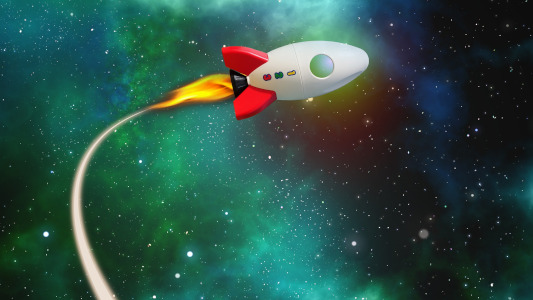 Dear Quote Investigator: A short motivational piece of about 130 words begins with the following sentence: “Genius is really only the power of making continuous efforts.” The piece has been attributed to aphorist Elbert Hubbard and poet Robert Burns Wilson. Would you please explore this topic?

Genius is really only the power of making continuous efforts. The line between failure and success is so fine that we scarcely know when we pass it—so fine that we are often on the line and do not know it. How many a man has thrown up his hands at a time when a little more effort, a little more patience would have achieved success. As the tide goes clear out, so it comes clear in. In business, sometimes prospects may seem darkest when really they are on the turn. A little more persistence, a little more effort, and what seemed hopeless failure may turn to glorious success. There is no failure except in no longer trying. There is no defeat except from within, no really insurmountable barrier save our own inherent weakness of purpose.

Based on current evidence the author of this piece remains anonymous. Interestingly, the text contains material lifted from an 1887 essay by Robert Burns Wilson. See details further below.

The first ascription to Elbert Hubbard occurred in a book published in 1911. But this evidence is weak because of its late date.

In 1887 Robert Burns Wilson published an article titled “And So—I Gave Up Trying!” in “The Critic” journal of New York. An excerpt is shown immediately below. The three sentences in bold within the excerpt were reordered and combined to construct the conclusion of the later 1895 essay. The phrasing was changed slightly:[2]1887 October 8, The Critic: A Weekly Review of Literature and the Arts, “And So—I Gave Up Trying!” by Robert Burns Wilson, Start Page 173, Quote Page 173, The Critic Company, New York. (Google … Continue reading

There is no defeat except from within. There is really no insurmountable barrier, save your own inherent weakness of purpose. There is no power either in heaven or earth that can successfully oppose the onward course of the perfectly determined soul.

Success as the world names it is but a word, which with the next breath may signify defeat. But success as the soul knows it, is to have within the sustaining sense of right and an unselfish purpose. There is no failure except in no longer trying.

A separate QI article about Wilson’s quotation above is available here.

The anonymous piece was reprinted in a variety of other periodicals. For example, in September 1895 it appeared in “The American Journal of Photography” of Philadelphia, Pennsylvania.[6]1895 September, The American Journal of Photography, Volume 16, Number 189, Section: The Editorial Dropshutter, Keeping Everlastingly at it, Quote Page 431, Thomas H. McCollin & Company, … Continue reading

There is no defeat except from within. There is no failure except in no longer trying.—Robert Burns Wilson.

In 1911 suffragist Alice Hubbard published a collection titled “An American Bible” which included a chapter dedicated to her husband Elbert Hubbard. The 1895 piece in “Mining and Scientific Press” was reprinted without acknowledgement or ascription within the Elbert Hubbard chapter. Thus, the words were attributed to him.[9] 1911 Copyright, An American Bible, Edited by Alice Hubbard, Chapter: Elbert Hubbard, Quote Page 304, Published by The Roycrofters, East Aurora, New York. (HathiTrust Full View) link

In 1913 Elbert Hubbard published an issue of his periodical “The Fra”. He reprinted the essay without attribution leading readers to believe that he was the author.[10] 1913 July, The Fra: Exponent of the American Philosophy, Volume 11, Number 4, (Untitled item), Quote Page 108, Published by Elbert Hubbard, East Aurora, New York. (HathiTrust Full View) link

There is no failure except in no longer trying. There is no defeat except from within, no really insurmountable barrier save our own inherent weakness of purpose. Kin Hubbard

In conclusion, the short essay under investigation appeared in 1895, and its author remains anonymous. Some of its lines were lifted from an earlier 1887 essay by Robert Burns Wilson. The attribution to Elbert Hubbard occurred in 1911, but the supporting evidence was not substantive.

Image Notes: Public domain illustration of a rocket in space from geralt at Pixabay. Image has been resized.

(Great thanks to Tara Meyers whose inquiry led QI to formulate this question and perform this exploration. Meyers asked about a poem attributed to Henry Austin. This is a complex topic because the contents of the poem evolved over time. This is the second of three articles. This article is focused on the anonymous 1895 essay which is a precursor of the Austin poem.)