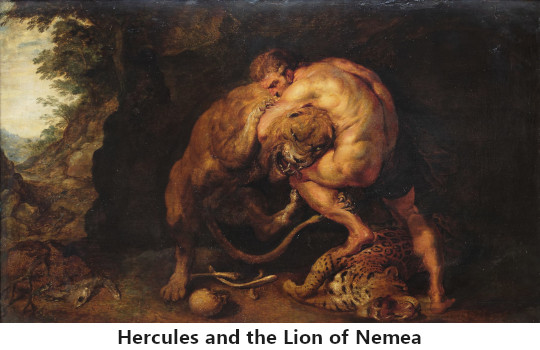 These sayings use a rhetorical technique called antimetabole in which clauses are repeated while keywords are transposed. The first statement above has often been attributed to statesman Winston Churchill, but I am skeptical because I have not seen a solid citation. Would you please explore this topic?

It was rightly said that “people will not say any more that the Greeks fight like heroes but heroes fight like Greeks.”

Caclamanos’s article discussed the attack on Greece by the forces of Italy and Germany during World War II in 1940 and 1941. Greek forces were initially able to repulse the attacks although the country was ultimately conquered by the Axis powers. The phrasing above signaled that Caclamanos was disclaiming credit for the quotation. Based on current evidence QI believes that the authorship of the saying remains anonymous.

The saying was attributed to Winston Churchill by 1951, but that late date meant the evidence was weak. See the 1951 citation presented further below.

Richard Langworth who is the top expert on Winston Churchill quotations has examined this topic in a posting on his website. Langworth searched a massive digital corpus containing millions of words written by and about Churchill, but he did not find evidence supporting the ascription. Langworth stated “It’s rather good, but I cannot track that quotation”.[2]Website: Richard Langworth, Article title: “Greeks Fight Like Heroes – Heroes Fight Like Greeks”: Not By Churchill, Article author: Richard Langworth, Date on website: November 5, 2021, Website … Continue reading

British civil servant John Rupert Colville was an assistant private secretary to Winston Churchill during the war years. A diary entry written by Colville dated September 22, 1940 contained a germane remark by Churchill about soldiers fighting like heroes, but the remark did not use antimetabole, and it was not about Greek soldiers. The term “P.M.” in the following passage referred to Churchill who was Prime Minister of the United Kingdom:[3]1972, Man of Valour: The Life of Field-Marshal the Viscount Gort by J. R. Colville (John Rupert Colville), Part 4: Proconsul, Chapter 17: Unemployed, Diary date: September 22, 1940, Quote Page 234, … Continue reading

The P.M. is full of confidence and says that we have enough good troops out there to do what is necessary ‘unless, of course, our men fight like skunks and the Italians like heroes’. But he feels the opposite is more likely to be the case . . .

In 1941 the saying appeared in “The Manchester Guardian” as mentioned previously.

“As for the Italians, one still says, ‘the Italians are fighting like Italians’.”

As one distinguished Englishman said: “Finns don’t fight like heroes; heroes fight like Finns.” But that was when Finns, fighting against what all Finns felt was an unprovoked Russian attack their country, fought to defend Finnish soil. Finns were fanatic.

They went clear up to Konitsa. The soldiers couldn’t believe their eyes when they saw the queen. She spoke to them all, went into the homes where the wounded were staying, and spoke to them as she passed thru the streets. She told them, ‘You are Greeks who fought like heroes, but henceforth the people will speak of “heroes who fought like Greeks.”’

In 1951 “The Gazette” of Montreal, Canada printed a letter from a reader who attributed the saying to Churchill:[8]1951 October 30, The Gazette, Section: Letters From Our Readers, Letter title: Greece’s Fight Against Communism, Letter from: S. Bacarinos, Quote Page 3, Column 6, Montreal, Quebec, Canada. … Continue reading

The Greeks, during that period, repeated once more the epic struggle against Fascism in the same willing and brave manner that in 1941 inspired the great statesman, W. Churchill, to say that “from now on instead of saying the Greeks fight like heroes we shall say the heroes fight like Greeks.”

In the early stages of World War II, the then prime minister of Britain, Sir Winston Churchill, remarked, “until now we believed that the Greeks fought like heroes. Hereon we shall believe that heroes fight like Greeks.”

Regarding the comparison of the Greek army with the Turkish army, I will merely quote the phrase of the most glorious man of the Second World War, who said, “The heroes fight like the Greeks.”

The Greeks, our true, faithful ally, fought so valiantly that Winston Churchill said, “History hereafter will not record that the Greeks fought like heroes but that heroes fought like Greeks”.

. . . Greeks about whom the prime minister of Great Britain, Winston Churchill, said: ‘We learned from history that the Greeks fought like heroes.’ The lesson drawn from the last world war is that ‘heroes fought like Greeks.’ The reason Prime Minister Churchill said what he did is that a small contingent of Greeks tore the Berlin-Rome axis into pieces, an achievement that was a real eye-opener to the allies.

In conclusion, this saying entered circulation by April 1941 but its creator remains anonymous. The remark was attributed to Winston Churchill by 1951, but that was a very late date, and QI has found no accounts crediting Churchill during World War II. Therefore, based on current knowledge Churchill should not receive credit. Future researchers may uncover more evidence clarifying the provenance of the saying.

Image Notes: Public domain image of a painting depicting Heracles (Hercules) of Greek (and Roman) mythology titled “Hercules and the Lion of Nemea” by Peter Paul Rubens (1577–1640). Image has been resized.

(Great thanks to Andrew Coyne and Fake History Hunter whose inquiries led QI to formulate this question and perform this exploration. Also, thanks to Richard Langworth for his posting on this topic. Langworth located the pertinent diary entry by Colville.)