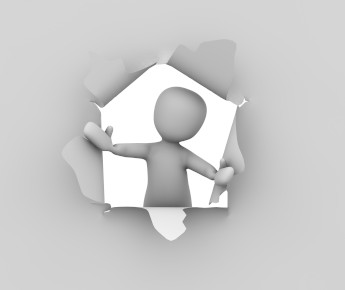 Dear Quote Investigator: The science fiction luminary Arthur C. Clarke once said something like: the best way to find the limits of the possible is to go beyond them into the impossible. I have seen several different versions of this remark. Would you please help me to find the correct phrasing together with a citation?

Quote Investigator: Arthur C. Clarke published at least three different versions of this statement. The earliest match known to QI appeared in his 1962 book “Profiles of the Future” within chapter 2 called “Hazards of Prophecy: The Failure of Imagination”.

Clarke presented a table with two columns labeled “The Unexpected” and “The Expected”. The first column on the right listed unforeseen discoveries such as X-rays, transistors, superconductors, and relativity. The second column on the left listed notions that have been envisioned for hundreds or thousands of years such as flying machines, robots, immortality, invisibility, and telepathy. Boldface added to excerpts by QI:[1]1967 (First publication 1962), Profiles of the Future by Arthur C. Clarke, Chapter 2: Hazards of Prophecy: The Failure of Imagination, Quote Page 20 and 21, Bantam Books, New York. (Verified with … Continue reading

The right-hand list is deliberately provocative; it includes sheer fantasy as well as serious scientific speculation. But the only way of discovering the limits of the possible is to venture a little way past them into the impossible.

Previously, the Quote Investigator examined a thematically related adage: “It always seems impossible until it’s done”. The article about this adage is available here.

The domain of mathematics provides interesting conceptual examples of venturing forth into the seemingly impossible. If your knowledge is restricted to the natural numbers then it seems impossible to subtract a larger number from a smaller number; however, expanding the set of numbers to include the integers allows this type of subtraction.

If your knowledge is restricted to integers then it seems impossible to divide a smaller number by a larger number, but expanding the set of numbers to include the rational numbers allows this type of division. Similarly, taking the square root of negative one seems impossible until the complex numbers are introduced.

Today we know that possibility and impossibility have each only a relative meaning; that neither is an intrinsic property of the operation but merely a restriction which human tradition has imposed on the field of the operand. Remove the barrier, extend the field, and the impossible becomes possible.

The passage above caught the attention of George Sarton who examined Dantzig’s book in the journal “Isis” in 1931. Sarton reprinted the passage in his positive review of the work.[3]1931 November, Isis, Volume 16, Number 2, Book Review by George Sarton of “Number: The Language of Science” by Tobias Dantzig, Start Page 455, Quote Page 456, Published by The University of … Continue reading

“Everything is theoretically impossible, until it’s done. One could write a history of science in reverse by assembling the solemn pronouncements of highest authority about what could not be done and could never happen.”

In 1962 Arthur C. Clarke published the saying under examination as mentioned previously.

In May 1967 Arthur C. Clarke delivered a speech titled “Technology and the Future” at a meeting of the American Institute of Architects held in New York. In 1972 he published a lightly edited transcript in his collection “Report on Planet Three and Other Speculations”. He included versions of his three now famous laws. The phrasing of the second law differed a bit from the 1962 version:[5] 1972, Report on Planet Three and Other Speculations by Arthur C. Clarke, Chapter 14: Technology and the Future, Quote Page 138 and 139, Harper & Row, New York. (Verified with hardcopy)

Second Law: The only way to discover the limits of the possible is to go beyond them into the impossible.

Third Law: Any sufficiently advanced technology is indistinguishable from magic.

In 1970 Jerome Agel published “The Making of Kubrick’s 2001”, and he included a section with quotations attributed to Clarke. The book printed another phrasing of the saying:[6]1970, The Making of Kubrick’s 2001, Edited by Jerome Agel, Section: Arthur Clarke Went On a Whirlwind Tour Promoting 2001, Quote Page 312, Signet: The New American Library, New York. (Verified … Continue reading

The only way to define the limits of the possible is by going beyond them into the impossible.

The only way of finding the limits of the possible is by going beyond them into the impossible.

In 1979 Harold Faber published a compilation titled “The Book of Laws”. The saying attributed to Clarke continued to evolve:[8] 1979, The Book of Laws, Compiled by Harold Faber, Quote Page 92, Times Books, New York. (Verified on paper)

CLARKE’S SECOND LAW
The only way to find the limits of the possible is to go beyond them into the impossible.

The only way to discover the limits of the possible is to look beyond them into the impossible.

The limits of the possible can only be defined by going beyond them into the impossible.
Clarke’s Second Law

In conclusion, Arthur C. Clarke deserves credit for formulating his three eponymous laws. The second law has been expressed in many ways. Clarke himself published three different phrasings. QI suggests using the earliest instance from 1962.

Image Notes: Illustration of a person breaking through a wall from Peggy_Marco at Pixabay. Image has been cropped and resized.