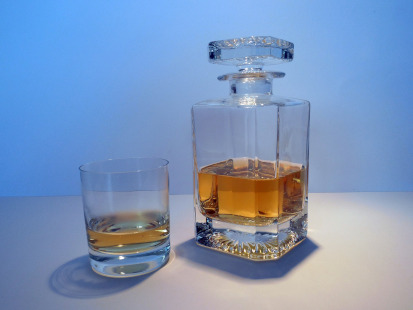 (1) I always carry a flask of whisky in case of snake bite. I also carry a small snake.

(2) I like to keep a bottle of stimulant handy in case I see a snake—which I also keep handy.

(3) I always keep a flagon of whiskey handy in case I see a snake — which I also keep handy.

No one seems to know the actual phrasing employed by Fields. Would you please help me to find a citation?

Quote Investigator: During the 1930s W. C. Fields developed a comedy routine called “The Temperance Lecture” which included the snakebite gag, but the contents of the routine and the phrasing of the gag varied.

In 1946 Fields recorded a version of “The Temperance Lecture”. The audio is accessible via YouTube and Spotify. Fields described the dire effects of overindulging in alcohol. One time he awoke to discover a goat in his bed and a manhole cover resting on his head. So he decided to quit, but he misunderstood the cause of his problems. Boldface added to excerpts by QI:[1]YouTube video, Title: W.C. Fields Temperance Lecture, Uploaded on October 20, 2011, Uploaded by: records45ful, Description from uploader: “Here is the 1946 classic recording of W.C. Fields, on 4 … Continue reading

Right then and there I swore that I would never again poison my system with maraschino cherries. Two weeks later I slipped and had another, but you must believe me when I say I thought it was a seedless grape.

I washed it down with some snakebite remedy which I always keep handy. Only, however, after first being bitten by a snake which I also keep handy.

This joke is part of a family of tales that has evolved over time. In 1910 the “Manchester Evening News” of England reported that a performer who was bitten by a snake during a show had received £70 compensation. The newspaper contrasted this story with a different scenario:[2] 1910 July 12, Manchester Evening News, Odds and Ends: Valuable Snake-Bites, Quote Page 7, Column 4, Manchester, England. (Newspapers_com)

We have heard of a man who paid as much as that for a snake to bite him. The recognised remedy for snake-bite is one bottle of whisky taken internally, and the man—wealthy but thirsty—was in a prohibition State where alcohol could only be procured for medical purposes.

The drinking saloon in Drytown is closed by Suffragettes, and all whiskey forbidden. This causes consternation, until someone knowing that whiskey is the only sure remedy for a snake bite, procures a harmless snake, and runs a business at a dollar a bite. Everybody is bitten, until the secret leaks out. Then the snake is confiscated, and retribution follows. (Released March 20th, Length 562 ft.)

In 1918 medical doctor Robert T. Morris attended an obstetrics conference in Chicago, Illinois. He referred to a joke that about whiskey drinking:[4]1918, Transactions of the Section on Obstetrics, Gynecology and Abdominal Surgery of the American Medical Association at the Sixty-Ninth Annual Session, Held at Chicago June 10 to 14, 1918, Abstract … Continue reading

In West Virginia they say that whisky is a cure for snakebite, but that the only way to use it right is to “have it in you when you’re bit.”

Right then and there I swore that I would never again poison my system with a maraschino cherry. Of course, it wasn’t two weeks before I slipped. Hoodwinked, yes. I thought it was a seedless grape. I washed it down with some snake-bite remedy that Grandpa always kept in a downstairs closet.

“Well,” said the man, “in this town they only use whiskey for snake bite. There’s only one snake in town, and it’s gettin’ kind of late. You’d better hurry down and git in line before it gits exhausted.”

In 1946 W. C. Fields recorded an instance of “The Temperance Lecture”. As mentioned previously, the lecture included the gag:

I washed it down with some snakebite remedy which I always keep handy. Only, however, after first being bitten by a snake which I also keep handy.

Fields died on December 25, 1946. In 1964 the “Chicago Tribune” published a profile of the comedian by journalist Clifford Terry which included a paraphrased version of joke under examination:[7]1964 August 30, Chicago Tribune, Section: Chicago Tribune Magazine, The Jokes Have Ended, But the Laughter Lingers On by Clifford Terry, Start Page 24, Quote Page 24 and 26, Chicago, Illinois. … Continue reading

And in his record, “Temperance Lecture,” Fields reveals: “Alcohol is my favorite snake-bite remedy. I always keep it handy. But I drink it only after being bitten by a snake . . which I also keep handy.”

In the same record, be confesses that after the last tangle with the bottle, “I vowed never again to poison my system with maraschino cherries.”

In 1967 humorist Corey Ford published “The Time of Laughter” which included a section about W. C. Fields. Ford attributed a different version of the joke to Fields:[8] 1967, The Time of Laughter by Corey Ford, Chapter 10: The One and Only, Quote Page 182, Little, Brown and Company, Boston, Massachusetts. (Verified with hardcopy)

. . . he would secrete a dozen miniatures in the pockets of his golf bag before setting out for an afternoon on the links. “I always keep a supply of stimulant handy in case I see a snake,” he liked to explain, “which I also keep handy.” Generally this would tide him over until the cocktail hour before dinner. “Don’t believe in eating on an empty stomach,” he maintained.

W C Fields said
” I always carry a flask of whisky in case of snake bite.
I also carry a small snake”

In conclusion, W. C. Fields employed at least two different versions of a joke about a snakebite remedy. In his comedy routine “The Temperance Lecture” recorded in 1946 he used the punchline “a snake which I also keep handy”. In an article he published in 1939 he used the punchline “some snake-bite remedy that Grandpa always kept in a downstairs closet”.

Image Notes: Illustration of bottle of whiskey and glass of whiskey from succo at Pixabay. Image has been resized.

(Great thanks to Fake History Hunter whose inquiry led QI to formulate this question and perform this exploration. Also, thanks to previous researchers Barry Popik, Fred Shapiro, and others.)